Increasing Your Impact in Anticoagulation Management – A Quick Review and What’s New for You!

After attending this session, participants will be better able to:

This program is non-accredited. Total learning hours is estimated at 1.0 hours.

Participants will receive a letter of participation after completion of the survey at the end of the webinar.

About the Speaker: Dr. Reginald Smith 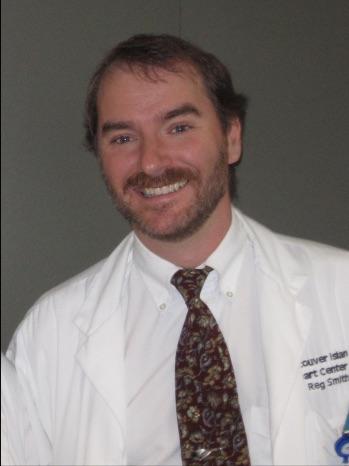 Reginald Smith is a man of many talents, he is most well known in Pharmacy as a well-respected Clinician, Researcher, Educator and Mentor. He brings these same skills sets to his personal life as he constantly seeks new creative challenges.

Born and raised in beautiful Victoria BC, Reginald (Reg) Smith completed three years of an undergraduate degree in Biochemistry and Microbiology at the University of Victoria which led him on to UBC to complete his B.Sc. in Pharmacy and a Hospital Residency in Vancouver. He then practiced as a clinical pharmacist at the Royal Jubilee Hospital for a few years then embarked on a new adventure to work as Pharmacist at a military hospital in Riyadh, Saudi Arabia during the first gulf war where he also learned to speak a little Arabic. After working in Saudi Arabia for a couple of years he ventured south to the University of Kentucky where he obtained his Doctor of Pharmacy (PharmD) degree.  He then returned to Canada and took a position with Island Health at the Royal Jubilee Hospital (28 years), where he has been a Clinical Pharmacy Specialist for Cardiovascular Medicine and Thrombosis. At that same time, he has also maintained a position as a Clinical Researcher with the Victoria Heart Institute and has worked as an investigator in numerous clinical trials in cardiology, thrombosis, and thromboembolism. In addition to his clinical and research roles Dr. Smith has always committed time to give back to his profession as teacher and mentor. Dr. Smith is a Clinical Associate for the UBC Faculty of Medicine (Pharmacy) (16 years) and is currently the Coordinator for the Island Health Pharmacy Residency and Education Program. Dr. Smith is a past chair of Canadian Cardiovascular Pharmacist Network and is current Member of Thrombosis Canada.

In his time away from the hospital Dr. Smith resides in Victoria with his wife and two sons. He finds time in his already busy schedule for his other lifelong creative passions for building and learning new skills including wood working (live edge epoxy river tables) and recently refining his tiling skills for his newly renovated bathroom.

This event is complimentary to members. The fee for non-members is $50.

Substance Use and Psychosis