Adapting prescriptions: An increase in therapeutic substitutions by community pharmacists

The College’s professional practice policy (PPP)-58 Medication Management (Adapting a Prescription) was updated to reflect this change. This allowed community pharmacists to therapeutically substitute in the expanded number of drug categories.

In response to changes, the BC Pharmacy Association launched a training program to help community pharmacists overcome barriers to therapeutic substitutions.

The BC Pharmacy Association has been supporting community pharmacists across B.C. in the modifications to the RDP via pharmacist town hall meetings, webinar training, in-person practice support and online resources. Pharmacists can access online training webinars on the BCPhA website, including two new training programs: Modernizing Practice to meet a Modernized RDP and Adapting Prescriptions – A Guide to Maximizing Clinical Services in Your Practice (free for BCPhA members and CCCEP-accredited for 3.0 CEUs). 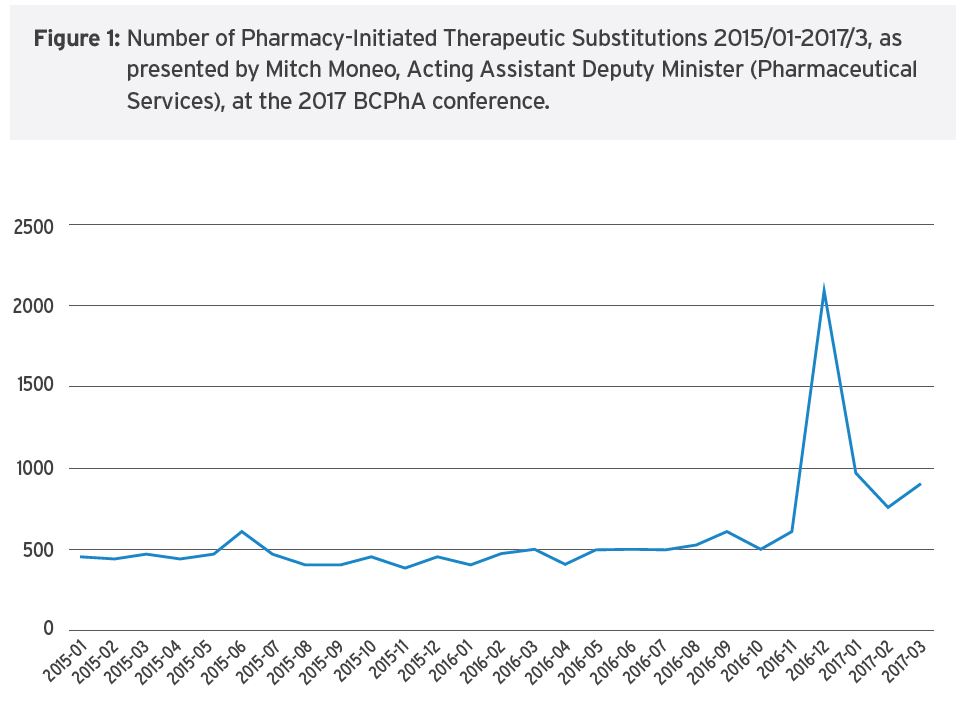 Follow
BC Pharmacy Assoc.
@bc_pharmacy
We are pleased to announce that the fee for pharmacists' administration of publicly funded vaccines in B.C. has increased from $10 to $12.10. This increase applies to all publicly funded vaccines and is effective September 1, 2020.
Reply Retweet Favorite September 23
BC Pharmacy Assoc.
@bc_pharmacy
BCPhA member and YYoung pharmacy manager Lisa Le spoke with @GlobalBC earlier today to talk about how pharmacists plan to tackle the coming flu season, while protecting pharmacy staff and patients from COVID-19. Thank you for covering this important topic. #flu2020
Reply Retweet Favorite September 16
BC Pharmacy Assoc.
@bc_pharmacy
Thank you @MitziDeanBC for taking the time to stop by your community pharmacy, @RexallDrugstore at 1511 Admirals Rd, Victoria, to learn about how pharmacists are gearing up for this flu season to ensure the public can get their flu shots in a safe and convenient manner. #flushots
Reply Retweet Favorite September 9