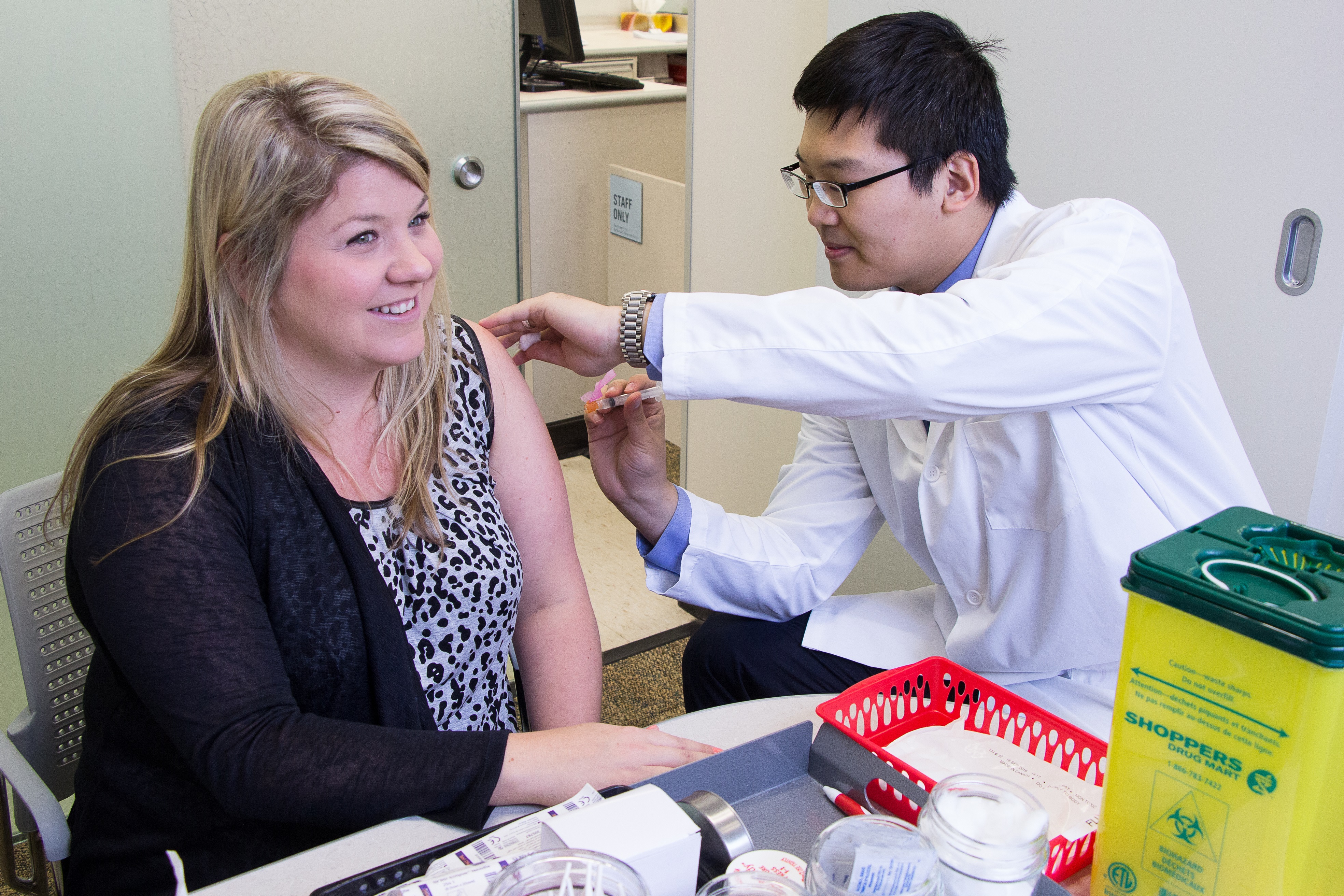 Since 2009, pharmacists in B.C. have been granted the authority to administer flu vaccines as part of a plan to combat the H1N1 pandemic at the time, when the provincial government amended the Health Professions Act to empower pharmacists to provide this essential front-line service. It’s been proven that residents in provinces such as B.C., which permit pharmacists to administer the flu shot, are more likely to get vaccinated compared to those who live in provinces that have not permitted pharmacists to do the same.

Year over year, numbers show British Columbians have increasingly chosen community pharmacies as the place to get their flu shots. Since 2009, when only 30,000 flu shots were given by pharmacists, the number has increased by 23 times. The latest numbers mark the fourth consecutive year of growth in the number of flu shots administered by pharmacists.

How To Promote Flu Immunizations At Your Pharmacy

Pharmacists Gear Up For Biggest Flu Season Yet

“An increasing number of British Columbians are choosing to visit their community pharmacists to get immunized against the flu,” said Geraldine Vance, CEO of the BCPhA. “This is a great example of how pharmacists are taking on a growing role in providing front-line health care services in communities all across British Columbia.”

This year’s vaccines were also particularly effective. Research from the Canadian Sentinel Practitioner Surveillance Network, which estimates the effectiveness of flu vaccines in any given year, found the 2018/19 season’s vaccines were collectively the most effective in the past five years.

According to the B.C. Centre for Disease Control, almost all influenza viruses typed this past season have been the A(H1N1)pdm09 strain. This strain accounted for 60 per cent of all subtyped A viruses detected since the beginning of the season. Mid to late season, A(H3N2) viruses became more frequently detected. Overall, influenza B viruses made up less than one per cent of all detected flu viruses, said the BCCDC.

Among those patients affected, the majority were seniors aged 65 or older, with the next highest effected group being adults in the 20 to 49 age range, data from the BCCDC Public Health Laboratory shows. Children between one and nine years old made up the third largest affected group. 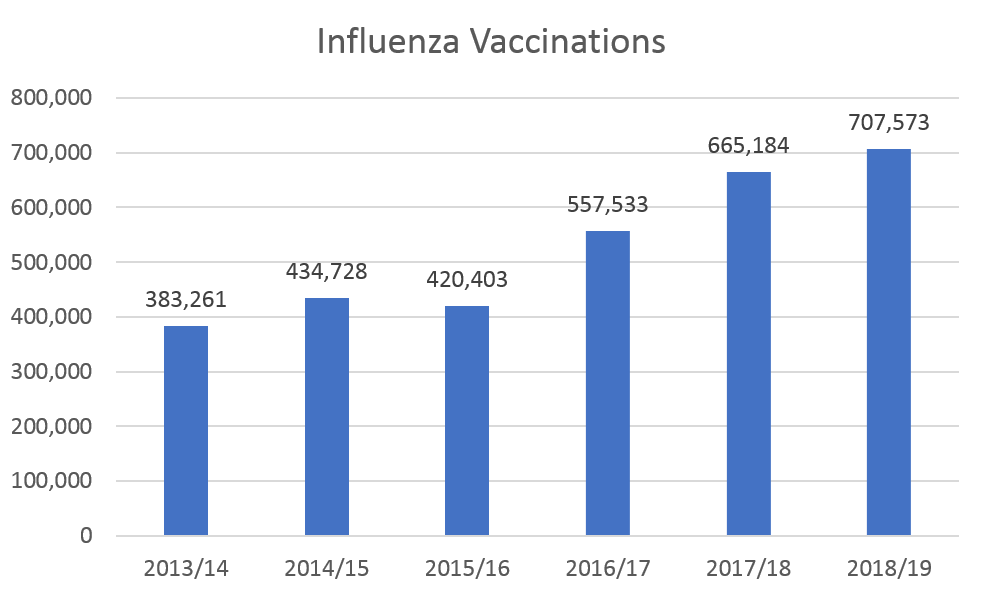 Number of flu shots administered by community pharmacists in B.C. in the past six flu seasons.