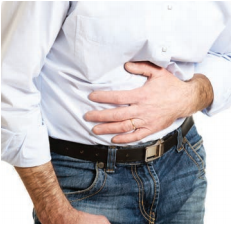 Colchicine is approved in Canada for gout (acute and prophylaxis) and familial Mediterranean fever (FMF). The prevalence of gout in British Columbia is 3.8 per cent, with nine per cent of patients prescribed colchicine. Colchicine has a narrow therapeutic index and life-threatening toxicity can occur with overdose, pediatric exposures, therapeutic errors, drug interactions or decreased renal/hepatic function. The B.C. Drug and Poison Information Centre (DPIC) received 51 calls concerning colchicine from 2012 to 2016. Two serious cases resulted from drug interaction with clarithromycin. There is no antidote or consistently effective therapy for colchicine toxicity so prevention is the key to avoiding colchicine toxicity and death. This article aims to increase pharmacists’ knowledge of colchicine dosing, drug interactions, toxicity and potential therapeutic errors.

Dosing for acute gout has been inadequately studied. Prior to 2009, colchicine was dosed three or four times daily or every two hours until pain was relieved, toxic symptoms appeared or maximum dose was reached. Subsequently, a randomized controlled trial found low-dose colchicine (1.2 mg po stat then 0.6 mg in one hour) as effective as high-dose colchicine and with fewer gastrointestinal (GI) side effects. Low-dose is now recommended by Canadian manufacturers; however, the study has been criticised for its short duration of 32 hours. Based on expert opinion, the American College of Rheumatology recommends the following regimen for patients with good renal function: a loading dose of 1.2 mg po stat, then 0.6 mg in one hour followed by 0.6 mg once or twice daily (starting 12 hours later) until attack resolves. Dosing for gout prophylaxis and FMF is less complicated; however, for all indications dosing should be adjusted for decreased renal/hepatic function, age and drug interactions.

Colchicine is metabolized by CYP3A4 and transported out of cells by P-glycoprotein (P-gp). Variable expression of CYP3A4 and P-gp leads to variation in efficacy and susceptibility to toxicity. Patients with gout may have comorbid conditions requiring medications that interact with colchicine. Concomitant use of strong CYP3A4 and/or P-gp inhibitors (e.g., clarithromycin, cyclosporine, diltiazem, protease inhibitors, grapefruit juice and many others) elevate colchicine concentrations, which may lead to toxicity and death. Combining strong CYP3A4 and/or P-gp inhibitors with colchicine is contraindicated for patients with reduced renal function; however, for those with good renal function toxicity can be prevented with colchicine dosage adjustments.

Acute colchicine toxicity is described in three phases, usually beginning with GI symptoms in the first 24 hours: abdominal pain, diarrhea, nausea and vomiting. Dehydration and leukocytosis may also occur. The second phase includes bone marrow suppression, myoneuropathies and multi-organ failure in the next 24 to 72 hours. With limited treatment options, death may result from cardiac, respiratory or renal failure or life-threatening infection. For survivors, alopecia and leukocytosis occur in the third phase. Toxicity does not always occur in phases. GI symptoms can occur at any time. Some patients develop neuromyopathy (mild to severe myalgia, muscle weakness, numbness and fatigue) with chronic dosing, mostly without GI symptoms. Risk factors for neuromyopathy include impaired renal function, advanced age, use of myotoxic drugs and pharmacokinetic drug interactions. Bone marrow suppression or failure may also occur.

Colchicine toxicity can be serious. Here’s what a pharmacist can do:

3. Instruct patients to stop colchicine and call their prescriber or pharmacist if they develop GI side effects or symptoms of myoneuropathy (muscle pain, fatigue, weakness, numbness).

4. Advise patients who take multiple medications to be careful when taking their medications and to keep all medications for family members in separate locations.

5. Instruct patients to keep colchicine out of reach of children. Colchicine should not be readily available to those at risk of suicide. Refer all overdoses to the Poison Control Centre or the closest emergency department.

*Statistics based on five-year retrospective review of DPIC calls.

References available upon request at communications@ bcpharmacy.ca. Comments or DPIC article suggestions can be sent to info@dpic.ca.