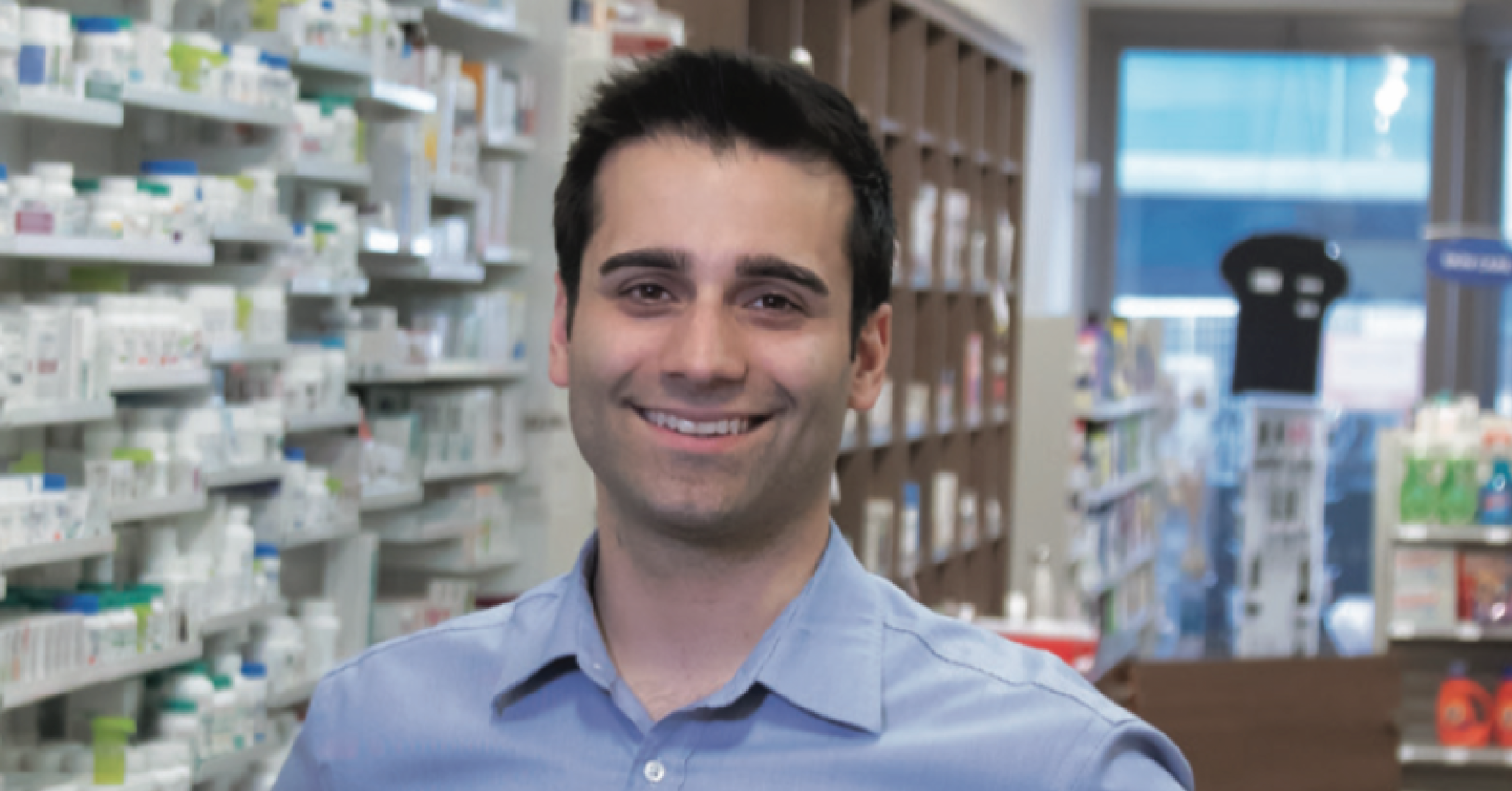 Possessing a self-described ‘entrepreneurial spirit,’ Jason Cridge has accomplished in his six years of practice what many pharmacists might accomplish in an entire career.

Soon after graduating, Cridge took an unconventional next step and opened his own pharmacy in downtown Victoria in the summer of 2013: Cridge Family Pharmacy.

“I definitely thought it was going to be easier than it was,” Cridge says, with a chuckle. “Going into pharmacy ownership is such a huge undertaking, it will always be a huge transition.”

After experimenting with a few different service offerings and programs – some more successful than others – Cridge identified his community’s biggest need: in-home health care for seniors, including assistance with medication administration and adherence.

“There is a huge need in the community for pharmacy-supported home care,” Cridge says. “We often have no idea if people are taking their medications correctly. There can be a gap between patients picking up their medicines at the pharmacy and them actually taking them.”

Cridge set out to address this need, in an effort to both enhance the quality of life for his patients as well as set his pharmacy apart in a competitive market. Over the past year, the young pharmacist and business owner has worked diligently to evolve his in-home service model, hiring both pharmacy professionals as well as nursing staff (both licensed practical nurses as well as registered nurses) to manage a growing medication administration program.

His biggest boost to business, however, has been through the integration of a cutting edge technology called spencer. An automated dispensing machine fully serviced by the pharmacy, the device serves as an interconnected health hub, digitally linking the patient with his or her caregivers and pharmacist, as well as important loved ones. This provides a seamless continuum of care, which enhances a patient’s quality of life and often extends their ability to live within their own home, says Cridge.

Initially skeptical of the device, Cridge quickly became a believer when meeting with local doctors to gauge their reaction to the service.

“The prospect of managing these patients is an incredible financial burden to the health-care system,” says Cridge, who has since presented the product to more than 200 individuals within the health-care industry. “To be serviced by a pharmacy, providing end-to-end support for patients, the reception we received was astounding.”

One of only five pharmacies in Canada currently offering the unique service model, Cridge anticipates a huge upswing in the near future.

“I wouldn’t be surprised if there were 10,000 spencers in pharmacies across Canada in the next 18 months,” Cridge predicts. “There has been so many people trying to innovate within our scope of practice, and this is an honest benefit that pharmacists can provide their patients that no other group of professionals is positioned to provide.”