A look back at pharmacy practice in 1968 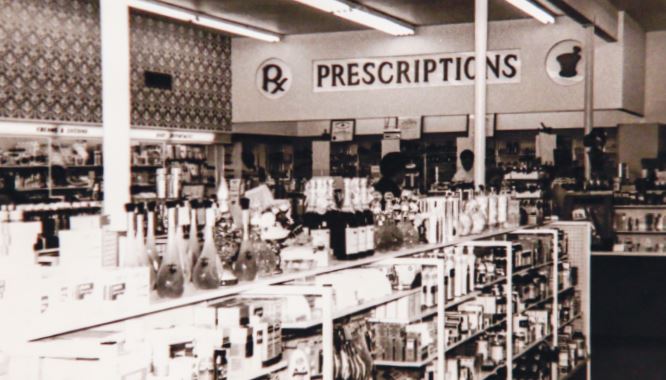 BC Drug and Poison Information Centre pharmacist – and frequent contributor to The Tablet – Raymond Li offers a retrospective of the 1968 “drug information pharmacist” and the resources available to them, in celebration of the 50th anniversary of the BC Pharmacy Association. By Raymond Li

Providing drug information was not always within the pharmacist’s scope of practice. Pharmacy in North America was at a critical juncture in the late 1960’s. For decades, industrial pharmaceutical manufacturing had eliminated much of a pharmacist’s traditional role as compounder of medications, while ethical constraints and out-dated pharmacy curriculums limited a pharmacist’s potential role in the health-care system as a provider of drug information. Public, professional and academic opinion of pharmacists was sliding, and it was feared that pharmacy might devolve into mere product distribution.

However, forward thinking and energetic pharmacists in British Columbia tackled the issues with the formation of the Pharmacy Planning Commission in 1966, which predated similar national commissions in Canada and the U.S.

The Pharmacy Planning Commission’s recommendations resulted in the creation of a society in 1968 that would later become the BC Pharmacy Association. They also resulted in changes to the curriculum for the University of British Columbia’s Faculty of Pharmaceutical Sciences to focus more on care of the patient, and changes to ethical codes that would eventually allow pharmacists across Canada to expand their scope of practice to include dispensing information and become “drug information pharmacists,” drawing from the growing availability of drug information resources becoming available to pharmacists.

Issues of the Canadian Pharmaceutical Journal (CPJ) from 1968 provided tips on establishing, organizing, and maintaining a drug information library or centre, as “an essential requirement for [the] important role of providing Drug Information Service” to physicians, other health-care providers and patients whether in hospitals or the community. Computers were predicted to influence drug information service in the future, but pharmacists were urged to use every means at their disposal today to improve their potential as drug consultants by building a reference library.

Among the innumerable drug information sources, the most common were company catalogues, package inserts and pamphlets; journals (both manufacturer-sponsored and subscription); newsletters (e.g. Medical Letter, Clin-Alert); and reference books. Recommended texts included familiar ones such as Martindale’s The Extra Pharmacopoeia, Remington’s Pharmaceutical Sciences (which contains a surprising amount of pharmacology), and Goodman and Gilman’s Pharmacological Basis of Therapeutics. Other recommended references such as the Dispensatory of the United States of America (obscure today) were complete with physical and chemical characteristics, standards and tests, pharmacology and kinetics, clinical uses including abstracts of clinical literature, toxicology, dosage and storage.

The Compendium of Pharmaceuticals and Specialties (CPS) of the day contained mostly brief, edited monographs featuring (sometimes) a description of the product, indications, administration, side actions and precautions, but generally lacking information on actions and pharmacology. The CPS of that era also contained a surprising number of amphetamine and barbiturate products, often in combinations with other agents, indicated for relief of such conditions as “mental and emotional stress” and “lack of pep.”

Information on drug interactions was generally scarce, with almost no mention in CPS monographs, and only two columns devoted to the subject in Goodman and Gilman’s text. However, research into drug-drug interactions was growing, with over 1,400 articles cited in Index Medicus (MEDLINE) in 1968 – up from just 63 articles in 1964. A review on drug interactions and the pharmacist from CPJ focused on monoamine oxidase inhibitors, oral anticoagulants, and various CNS, cardiovascular and anesthetic drugs. Drug interaction textbooks were available, but it would not be until 1971 that Phillip Hansten’s Drug Interactions would be published and go on to become a standard interaction reference in North America.

Lacking further still was information on drug use in pregnancy. The identification of the teratogenic effects of thalidomide and subsequent withdrawal of the drug in Europe, Australia and Canada in 1961 to 1962 highlighted the deficiency in knowledge of the effects of drugs on the developing human fetus (a problem that persists today to some extent). Brigg’s Drugs in Pregnancy & Lactation would not be published until 1983.

Pharmacists were also encouraged to keep file cards and reprints on poisoning, cross-indexed for rapid retrieval. Clinical Toxicology of Commercial Products (fairly comprehensive for its time) was also an important reference to have on hand, as suggested by the CPJ: “It seems apparent that accidental poisoning, particularly of children, is a matter of concern to all Canadians and of particular significance to pharmacists as the country’s drug custodians. It behooves every pharmacist to impart to [their] customers the very real dangers in the careless handling of drugs and all products not meant for ingestion.”

The information resources available in 1968 may seem simple now. However, pharmacists embraced the opportunity to use them and their training to solidify their place as medication experts. What started 50 years ago with earning the authority to provide drug information was remarkable and remains relevant today, and has paved the way for pharmacists to continue expanding their role within health care.

The BC Drug and Poison Information Centre is proud to support BCPhA members and pharmacists across B.C. with their drug information needs. Congratulations to the BC Pharmacy Association on its 50th anniversary!