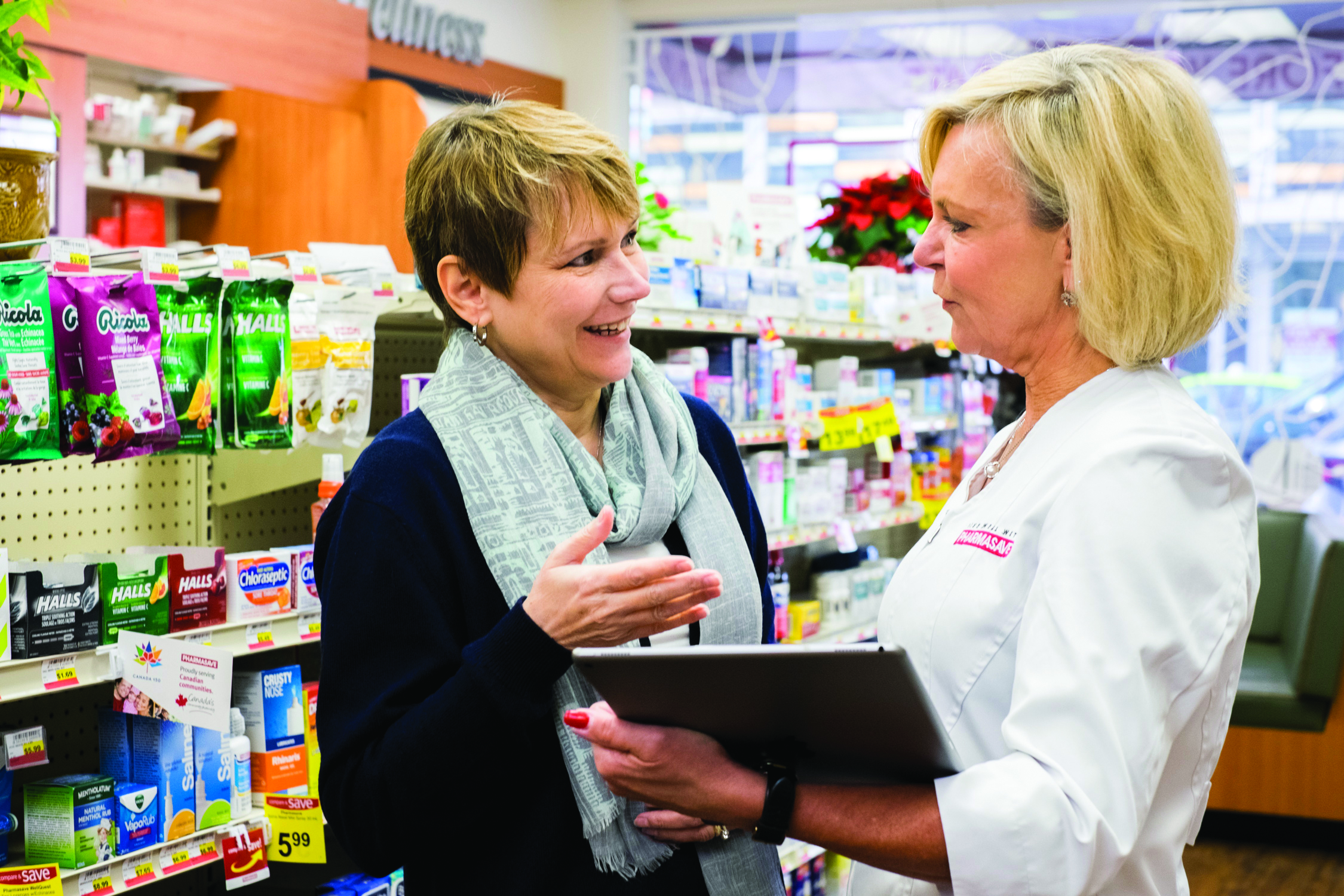 Your DNA can hold the key to whether your medication works for you.

This was the message shared in a province-wide media outreach campaign launched by the BC Pharmacy Association in November 2017, in support of the myDNA genetic testing kits now offered in many pharmacies across B.C. The simple cheek swab test tells patients how their body will respond to different medications.

Curt Fowkes, from Phoenix Dispensary in Prince George, spoke to CKPG TV about how a simple cheek swab can help make a big impact on patients. "Everybody will metabolize drugs at different rates, so that will make some more effective or less effective, have more side effects or less side effects. So, if we know how the person is going to metabolize them, then we can give them more effective doses so we can get people feeling better, faster."

For Burnaby patient Catherine McLeod, who shared her story publicly, receiving her DNA results was like “winning the lottery.” The test helped to confirm her current antidepressant was suitable for her, based on her DNA. Prior to the test, she underwent months of side effects of previous medications and dosages.

Victoria pharmacist and campaign spokesperson Cindy Chen notes the test is a useful tool for patients to feel more empowered and involved in their medication selection and management of their health.

This was true for Vancouver couple Danuta and Lawrence Mossford, who took the test in late August. Both generally healthy, they wanted to ensure the medications they were taking for their separate conditions were right for them. With a family history of cardiovascular disease and diabetes, Danuta took the myDNA test to ensure she was provided the most effective medication for her. The results confirmed she was taking the wrong medication for years, causing debilitating side effects, stress, time off work and numerous hospital and doctor visits.

“My results showed that an anti-anxiety medication I was prescribed for years was the least effective,” says Danuta. “It also confirmed which medication was the best for me. I believe everyone should have this test prior to meds being prescribed.”

Currently, there are almost 100 pharmacies registered across Canada in several provinces that can provide the myDNA test kit, with more than 80 in B.C. offering the service. Many more are coming on board every day. By the end of 2017, it was estimated that up to 150 pharmacies across Canada have signed up to provide this service.

With news about pharmacogenomics and myDNA still fairly new to the public, a positive impact of the media campaign has been to help drive interest and inquiries to local community pharmacies. As word of DNA testing spreads, educating the public on the value of this in-store technology will be important to ensuring patients utilize the service.