Two member pharmacists have been appointed to the BC Pharmacy Association Board of Directors and will begin their roles on Sept. 1, 2018. 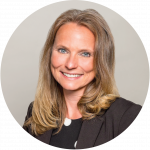 Born in Fort St. John, Sullivan completed her Bachelor of Science in Pharmacy and Master of Health Services Administration from the University of Alberta and a Doctor of Pharmacy from Duquesne University in Pittsburgh.

She began her career as a pharmacist with London Drugs and has since practiced in community, government and industrial pharmacy settings, serving in different roles as manager and program development. Sullivan currently sits on the Economics Advisory Committee of Pharmacists Manitoba, the Pharmacy Owner’s Council with the Pharmacy Association of Saskatchewan, the Community Pharmacy Owner’s Forum with the Alberta Pharmacists’ Association and is Co-Chair of both the B.C. and Alberta Caucuses with the Neighbourhood Pharmacy Association of Canada. 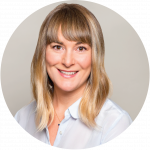 Lori Hurd is Pharmacy Manager at the Ironwood location of Save-On-Foods Pharmacy in Richmond. A graduate of Dalhousie University’s College of Pharmacy in 2007, Hurd worked as a pharmacist at Sobeys in Ontario and then moved to B.C. in 2010 as a pharmacy manager at Thrifty Foods. She has been working with Save-On-Foods since 2014, where she is a specialist in travel health and vaccinations.

She is currently a preceptor for the UBC PharmD program and has served in the past as an assessor with the Pharmacy Examining Board of Canada (PEBC). In 2017, Hurd spearheaded a run group for pharmacy patients and helped several participants complete a goal run of 10km.

Follow
BC Pharmacy Assoc.
@bc_pharmacy
Patients already trust pharmacists as their community source for health information, but that interaction often happens only in the pharmacy. That's why pharmacist @FPharmacy5 is taking steps to expand her reach by social media! https://www.bcpharmacy.ca/news/expanding-your-reach-through-social-media
Reply Retweet Favorite December 1
BC Pharmacy Assoc.
@bc_pharmacy
Our all-member telephone town hall is being moved to Dec. 2! Please save the date. Previously, our town hall was scheduled on Nov. 25. More information: https://www.bcpharmacy.ca/news/member-town-hall-dec-2-2020
Reply Retweet Favorite November 23
BC Pharmacy Assoc.
@bc_pharmacy
On Nov. 25, the BC Pharmacy Association is hosting its third all-member telephone town hall for members to share input on advocacy priorities for the next four years, as a new cabinet is sworn in here in BC. We look forward to hearing from our members! https://www.bcpharmacy.ca/news/member-town-hall-nov-25-2020
Reply Retweet Favorite November 19