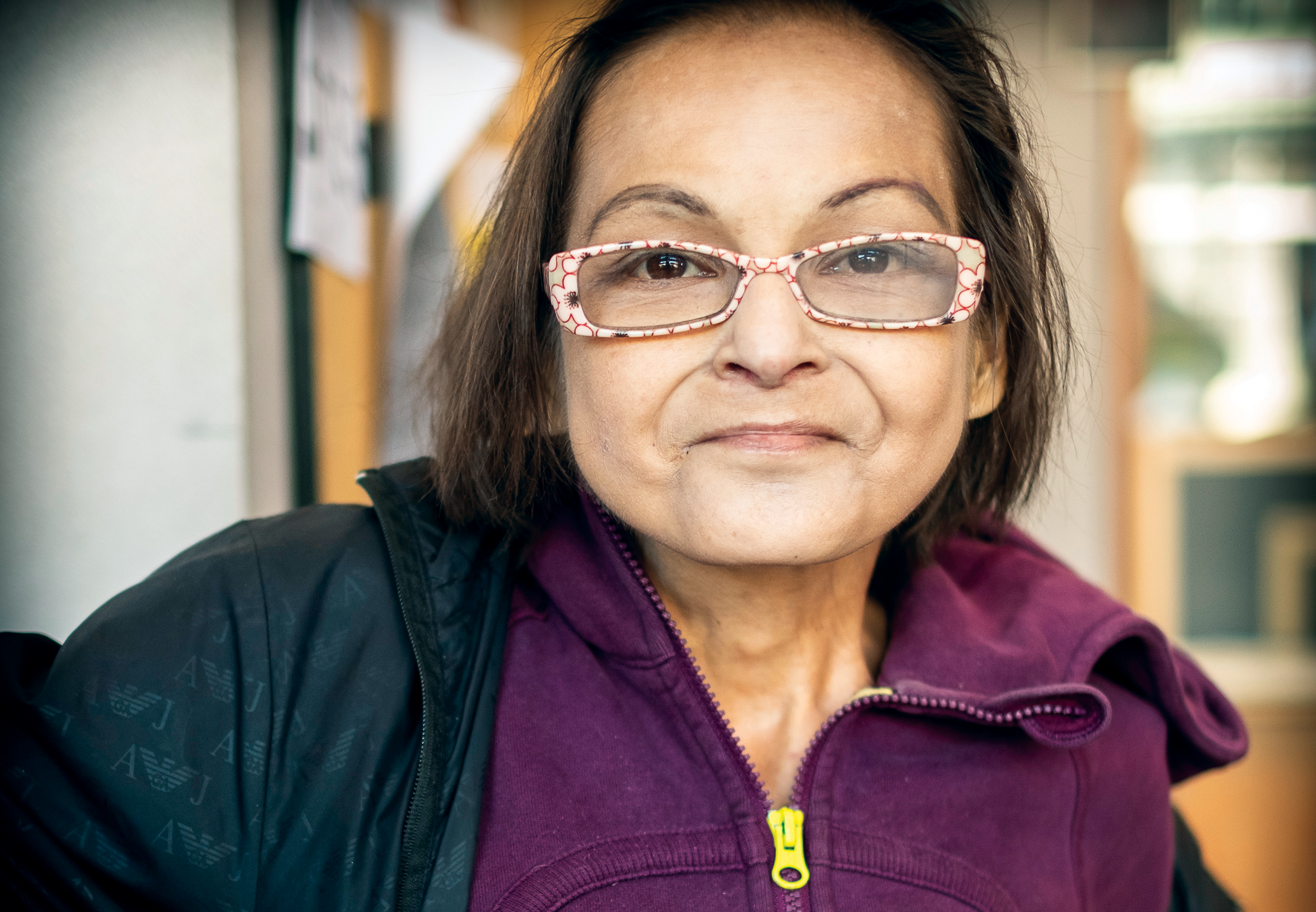 Former OAT patient Chereece Keewatin of VANDU, who lost her battle to opioid use disorder in March 2019, reported experiencing opioid withdrawal symptoms while taking Methadose™. Her photo is used with her permission.

Working collaboratively to find the right medicine for OAT patients

Almost 17,000 people with opioid use disorder who were on methadone underwent a formulation change en masse, which resulted in destabilization for many. Some patients who had been stable on their formulation of methadone reported they were not able to manage their opioid withdrawal symptoms.

In fact, in a 2016 study, 50 per cent of people who had been moved to the new formulation saw a decrease in the drug’s effectiveness. Research done in Vancouver showed that this destabilization, which included waking up every morning in withdrawal, lead individuals back to illicit drug use and relapse. Individuals who relapsed also reported intravenous drug use. And individuals with HIV who had been on methadone prior to the formulation change had decreased antiretroviral adherence after the 2014 methadone formulation change.

This is not the first time a population of people on methadone have been affected by a change in formulation. In the United Kingdom, a change in methadone formulation in 1992 was correlated with increased use of non-prescribed opioids, a decline in social stability and an increase in pharmacy break-ins.

From a clinical and research perspective, what is most interesting is understanding what impact and effectiveness different formulations have on a patient.

A 1999 study by Dr. Marc Gourevitch, MD, in New York, was conducted to see if there were any differences in subjective symptoms and pharmacodynamic measures for patients as they changed from three different formulations of methadone. The study, which looked at only 18 patients, found that there were no significant differences in the plasma methadone levels. However, those levels may not be the best measure of efficacy of the medication. Methadone is a racemic mixture, and different formulations may have different ratios of enantiomers. It makes sense that people who had been previously stable on a particular ratio of enantiomer don’t experience the same therapeutic benefits with a different ratio. However, this is still speculative.  While more work still needs to be done on what makes one formulation of methadone work for one patient but not another, we must consider there are many medical conditions for which people have a strong preference for one formulation of a medication over another. And we don’t have enough research to know why.

For example, in a family medicine clinic, someone with depression will pick an SSRI to try, and over time, may need to try several medications within this class before they experience any benefit. When people are trying various kinds of medication within a class of drug, it’s important to support them in the process as they work to find the right medication to ease their condition.  With our patients on OAT, we can work with them to find the best medication for each person.

Metadol-D ®, is a clear, colourless and unflavoured formulation of methadone that has been approved by Health Canada. The 10mg/mL formulation must be diluted in a beverage like Crystal Light or Tang to reduce the risk of diversion. It has recently been approved as a PharmaCare benefit, but only on an exceptional basis.

As a clinician who works with patients with opioid use disorder, I often must determine when to switch a patient on Methadose™ to Metadol-D®. I consider the following criteria on switching to Metadol-D® if the patient:

Making the change to Metadol-D® is a collaborative decision that the patient and I make together after discussing all aspects of treatment. I have never declined a patient’s request to change formulation.

In the future, I hope to see increased access to Metadol-D®, without the special authority application process. The process of choosing between Methadose™ and Metadol-D® would be a discussion with the patient, with the decision in their hands, just as the decision between SSRIs is also in their hands. This requires longitudinal care, with follow-up to discuss goals, drug use, sleep and quality of life. As a clinician follows a patient over time, they can work together to adjust doses and medications to optimize the patient’s health.

People on OAT in B.C. have been working as a group to tell us that they feel unwell on Methadose™, and we can listen and advocate as health-care professionals to ensure that patients who benefit from the old formulation, or Metadol, or Metadol-D® are able to access the care they need.

Dr. Christy Sutherland is the medical director for PHS Community Services Society, education physician lead for the BC Centre on Substance Use and a clinical assistant professor at UBC.

Update: As of May 28, 2019 Metadol-D is now a regular PharmaCare benefit, and there is no special authority or exceptional coverage request required.