CEO's Message: Recognizing the passage of an era 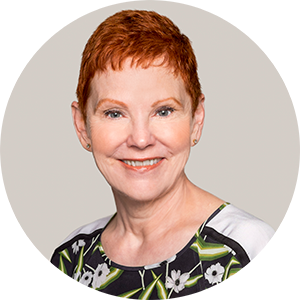 The lazy days of summer are not usually associated with pondering the future of professional self-regulation, but some things are happening this fall that have me thinking about what lays ahead for B.C.’s health professionals and how they are regulated.

First, an era is coming to an end at the College of Pharmacists of BC. Registrar Bob Nakagawa is retiring before the end of 2021 and the search for a new registrar is underway. Bob joined the College in 2012 and has steered the organization through many major initiatives, including the practice review program, working with the Association to support development of the pharmacy manager training program, tackling pharmacy and pharmacist safety with the introduction of the time-locked safe program, and working with government and stakeholders to address B.C.’s opioid crisis.

He was of course, also at the helm during the COVID-19 pandemic and worked to ensure patient safety and access to their needed medications remained constant. Bob’s announced departure provided the College Board not only the opportunity to look back on the successes of nearly a decade under his leadership, but most importantly, to look forward to all the changes that are ahead for pharmacists and other health professionals in the province. At time of writing, the search process is underway and a successor hasn’t been named.

In 2018, Health Minister Adrian Dix commissioned Harry Cayton to look at a range of issues related to health profession self-regulation in B.C. Cayton, the CEO of the U.K.’s Professional Standard Authority, came to the task with a wealth of experience, having overseen a restructuring of health professionals regulation in the U.K.

In 2019, Cayton released his report that came with 21 recommendations. His report was characterized by a general view that there is “a lack of a relentless focus on the safety of patients in many, but not all of the current Colleges”. A stinging assessment. Ultimately, his report calls for condensing the number of colleges and for drafting new legislation to replace the Health Professions Act, add additional public oversight and restructure the complaints investigation and professional discipline processes.

At the time of the report’s release, Minister Dix observed that “the Colleges do not belong to the profession, they belong to the public. They have a public protection mandate.” All three parties in B.C. unanimously supported the report and its recommendations and work began to pave the way for new legislation and structures to the Colleges. It is generally expected the new legislation could come in the fall of 2021.

In thinking about the future for pharmacist self-regulation, I did some digging into the general concept and history of professional self-regulation. An article in the Canadian Medical Association Journal in 2012 authored by Dr. Sharon Johnston, then Associate Professor of Medicine at the University of Ottawa, had some compelling observations. She wrote, “The right and obligation of self-regulation is designed to serve and protect patients …. It is a privilege and a burden shared by all physicians and must be supported by all members of the profession.”  While written about physicians, her perspectives apply equally to pharmacists.

While the path ahead is uncertain, we are all reminded of the huge responsibility every pharmacist takes with them every time they step into their practice. This privilege is one that, when guarded, respectfully serves patients and the profession.

Congratulations to Bob Nakagawa, who was keenly aware of the responsibility of self-regulation.