Offering a Lifeline to Patients with Addictions 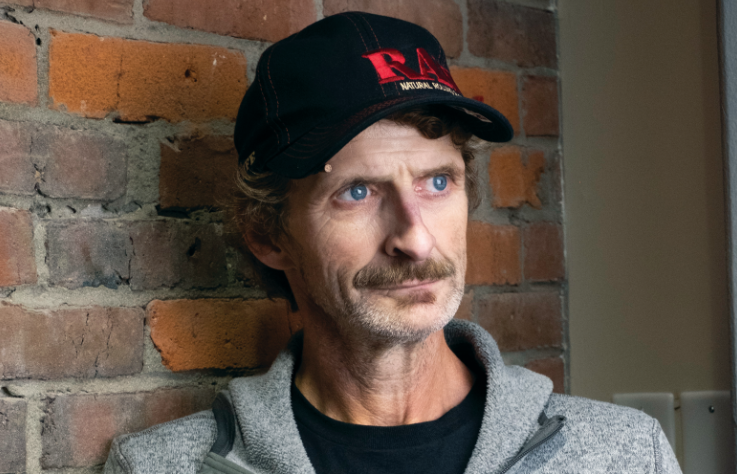 Diagnosed with Crohn’s disease at 21, Sean Williams became addicted to opioids after being prescribed oxycodone to manage the pain he experienced following several corrective surgeries. It took a caring pharmacist to help him manage his methadone treatment.

A new opioid agonist treatment training program will equip B.C. pharmacists with the latest information and techniques for treating patients with drug addictions

Ten years ago, Carol Glover was diagnosed with cervical cancer at just 26 years old. She underwent radiation, surgery and chemotherapy and was prescribed pain medication. Soon, she realized she was addicted and informed her doctors of her concerns.

“It was kind of a clean break. It was like, ‘Okay, we’re going to stop giving you the Demerol®️, the hydromorphone and the oxycodone.’ It was pretty much cold turkey,” she says.

But the 36-year-old nurse from Mission says she didn’t realize how strong opioids’ pull would be on her body. She started to buy pills, which became too expensive. She then moved on to street drugs like heroin. And tried detoxing on her own.

“I was very close to just ending it. I had struggled with opiates for a very long time,” Glover says. In 2012, she began on methadone maintenance, which is part of the opioid agonist treatment (OAT) program.

And she credits her daily interaction with her community pharmacist with helping save her life. 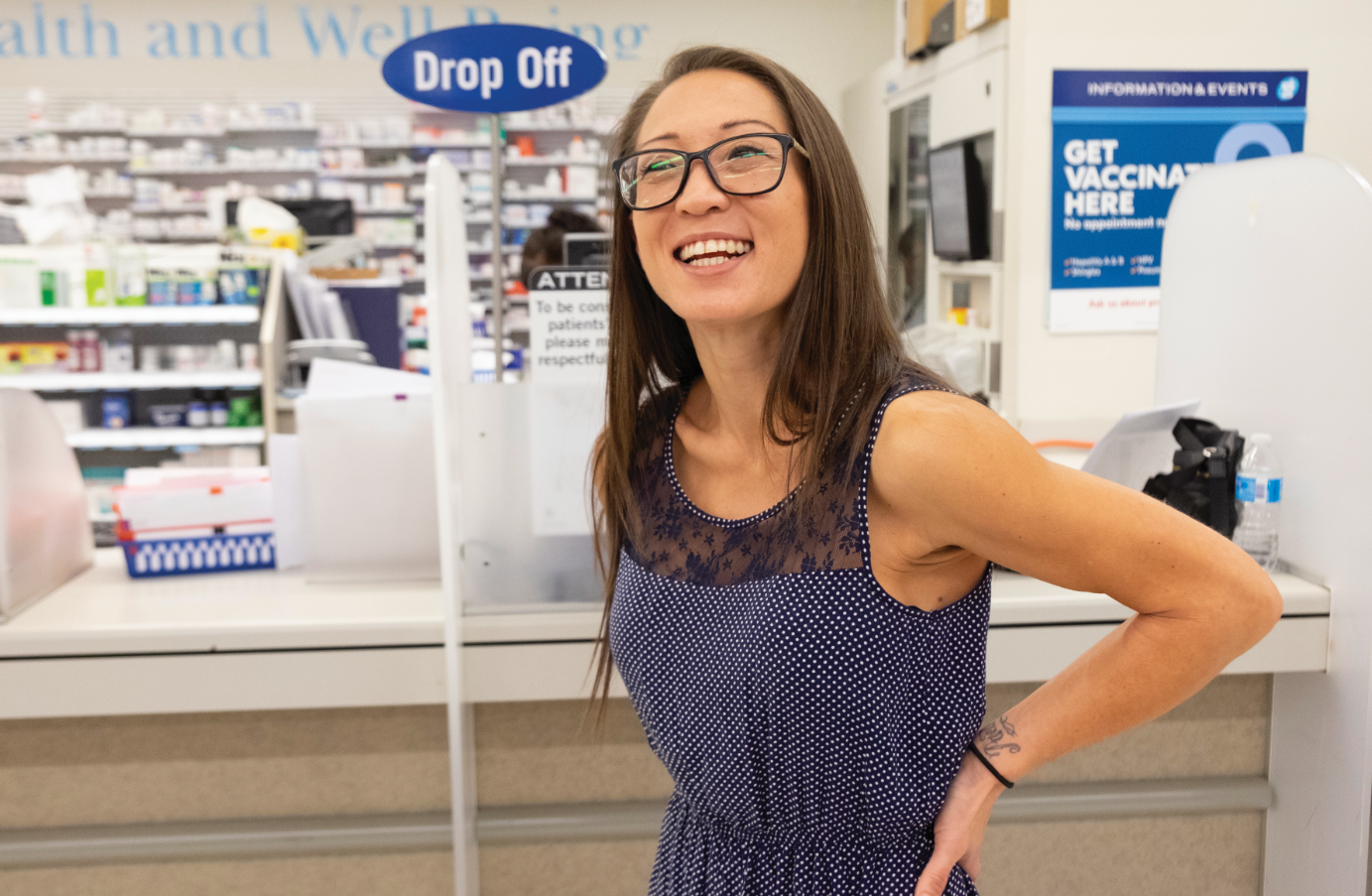 (Right) Former OAT patient Carol Glover credits her daily interaction with her pharmacist with helping save her life.

In British Columbia, which is ground zero for the opioid overdose crisis, nearly 3,000 people have died from illicit drug overdoses in the past two years. As of Mar. 31, 2018 — the latest figures available — more than 29,667 British Columbians were on opioid agonist treatment, a line of treatment that helps decrease a person’s cravings for opioids and manage withdrawal symptoms through the use of buprenorphine/naloxone, slow-release oral morphine and/or methadone (see sidebar).

In their role, community pharmacists provide often daily interaction with patients with opioid use disorder, helping them receive their OAT medications, witnessing ingestions and working with their physicians.

Until recently, pharmacists dispensing OAT were only required to take an online course about methadone maintenance. But it became clear that in the fast-changing world of addictions care, there was a need to enhance the training pharmacists receive on OAT based on the latest evidence and research.

With funding from the Ministry of Health, the Ministry of Mental Health and Addictions, and Health Canada’s Substance Use and Addictions Program, and working closely with the First Nations Health Authority, the BC Pharmacy Association developed a robust OAT training program consistent with the BC Centre on Substance Use (BCCSU) guidelines, the updated professional practice policies of the College of Pharmacists of BC, and the requirements of the Ministry of Health. It launched Dec. 3, 2018 with the first in-person workshops taking place in January 2019.

From the planning stages, it was clear that pharmacists who dispense OAT deserve to have training that is comparable to the training required of prescribers.
“This training is unlike anything that exists for pharmacists in Canada,” says Geraldine Vance, CEO of the BC Pharmacy Association. “Pharmacists have long been involved in dispensing OAT. This training sets a new bar, and I believe pharmacists who take the training will be well satisfied by what they have learned and able to put their knowledge into practice for the betterment of their patients.”

The training is accredited for 12 hours of continuing education credit, which includes six hours of online learning before taking a six-hour interactive face-to-face workshop with trainers.

Increasing pharmacists’ expertise in their understanding of the roots of addiction, the complexity of the population dealing with opioid use disorder and how new therapies work makes sense.

Along with clinical knowledge and practical applications of College and Ministry requirements, a key component of the training is hearing from patients about their challenges and why communication is so important to them. 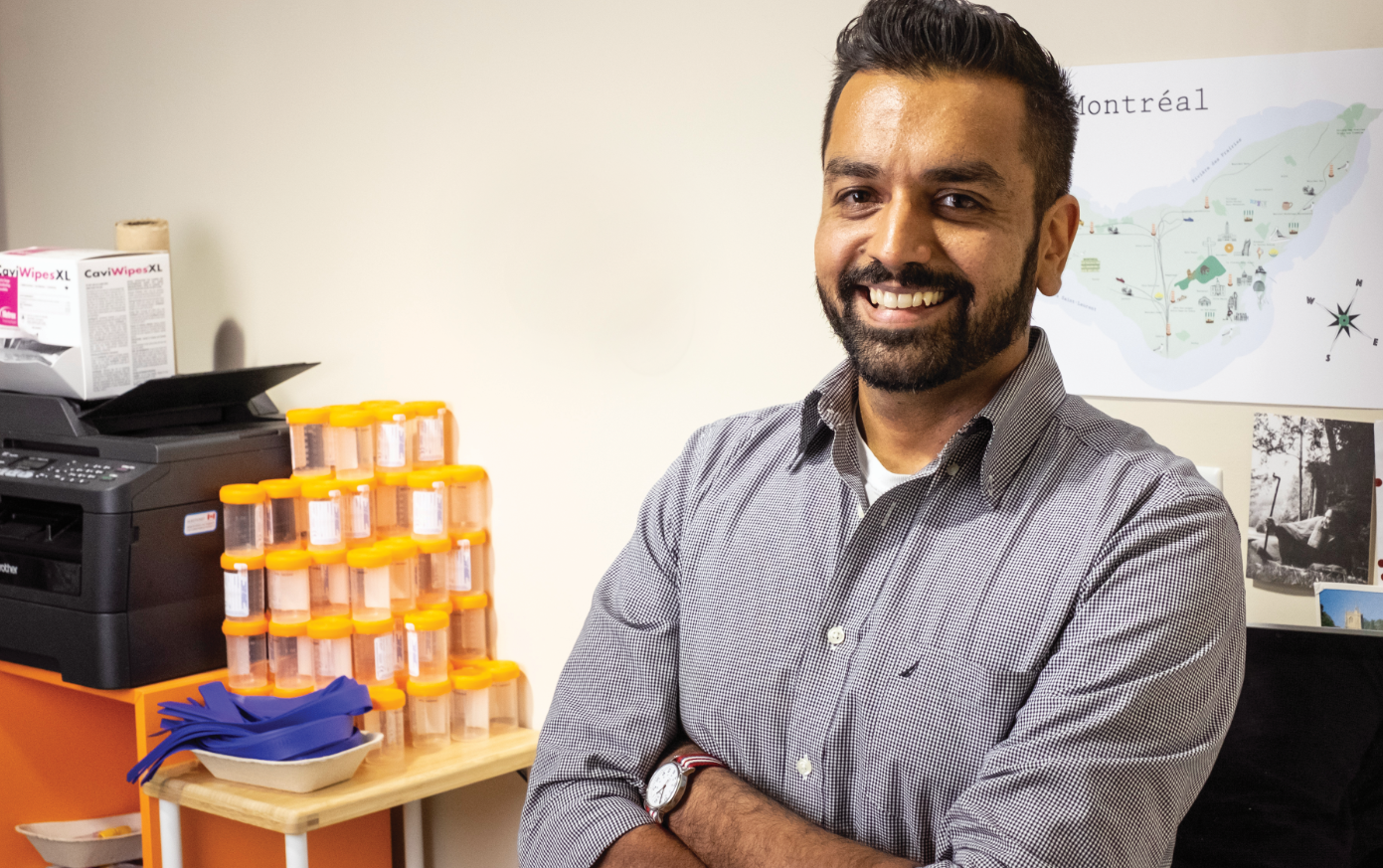 “It’s really easy to let those softer parts of health care go to the wayside, just because you don’t have the time or it’s just something that maybe you’ve forgotten how to do,” says Pharmacist Alykhan Alladina, Pharmacy Manager at Community Apothecary in Burnaby, who works with patients on OAT. “Those relationships are key because if you want to be taken seriously as a provider, I think that relationship building is a big part of it. What is going to help you with your patients to make sure that they feel better?”

At 21 he was diagnosed with Crohn’s disease and was using morphine and acetaminophen to manage the pain. After several surgeries, a doctor prescribed him oxycodone. He ended up in Vancouver’s Downtown Eastside buying pills off the street.

After being introduced to methadone, it worked. But he had his experience with a few “bad apple” pharmacists who treated him like a number, he says, before finding the pharmacist who provided him with the care he deserved.

“Being treated with respect, it means a lot to me,” Williams says. “I feel good, like it’s not just all medicine, ‘Here’s your pills, see you later.’ I feel appreciated.”
For prescribers and pharmacists working in addictions care, what’s most important is understanding the goals of the patient and the complexity of patients with opioid use disorder.

For Carol Glover, it was the relationship with her pharmacist and pharmacy team that helped her reach the goal she had given to herself. Completely off methadone since August 2017, she is present for her child, has taken up martial arts again and is focused on self care.

“Over time, it became a family,” she says. “I loved checking in. I asked to come in every day rather than take carries [methadone dose that could be brought home].”

It was her pharmacist who told her she was finally ready to finish methadone before a family trip to Ontario. Carol was on such a small dose, it was doing nothing clinically for her, but she had been too scared to stop.

“I remember him saying to me, ‘This is the first day of the rest of your life.’ And that stuck with me,” she says. “I hope that future pharmacists understand the impact that they can make, in our day, and our lives.” 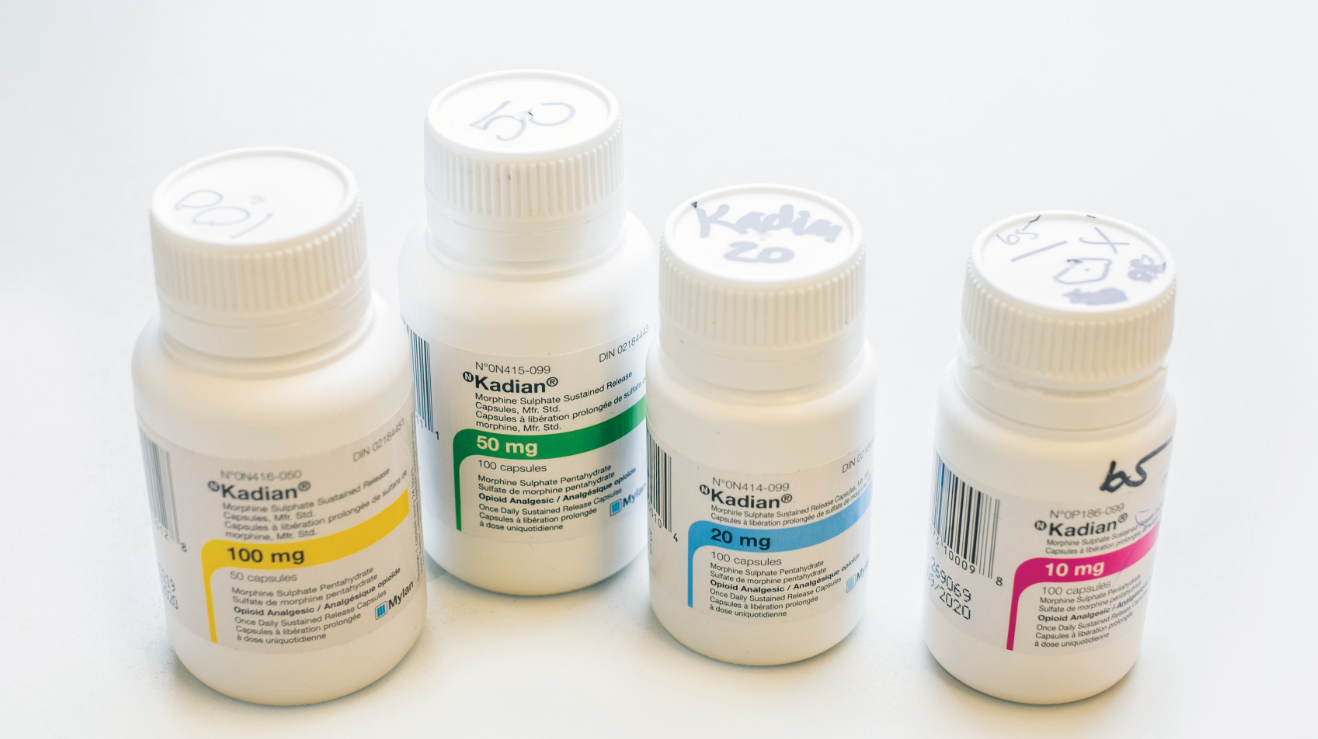 OAT workshops near you

This accredited course is the first of its kind in Canada in that it focuses solely on the needs of community pharmacists and technicians in delivering care to patients with opioid use disorder.

This course will be required for all registrants (pharmacists and pharmacy technicians) who are employed in a pharmacy dispensing OAT according to the College’s updated Professional Practice Policy-66: Opioid Agonist Treatment.

For pharmacists, the course includes an online self-study component that must be completed before attending an in-person workshop. The following workshops* may be available for registration:

*More dates and locations will continued to be added. Locations to be served include, Castlegar, Cranbrook, North Vancouver and Vernon. Other tentative locations include Dawson Creek, Powell River, Quesnel, Sechelt, Smithers, Squamish, Terrace and Williams Lake. To register and find a workshop, log on to bcpharmacy.ca/oat.