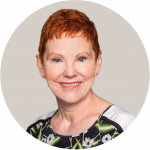 I know it is 2020, the start of a new decade and we are all encouraged to look towards the future that embraces more technology. But I have to say, it may be in order to take a little look in the rearview mirror back to times when what you said, and how you said things, mattered.

From my perspective, the explosion of social media by-and -large has been a good thing. The ability for people in all corners of the world to know the same things at the same time is a levelling of the playing field that I think is positive. And platforms such as Facebook and Instagram allow millions of people to stay in touch and reconnect with people they have lost contact with. I am a self-confessed Facebook fan. I love it and am a regular user.

But the dark side is that all this social media allows some people to be anything but social or civil. The ability to create anonymous social media accounts and post hostile messages is something that I would argue is out of control. It makes us a much less civil society.

Online comments can have devastating consequences. The cases of online bullying that has led to people taking their own lives is well recorded. And the Twitter Commander in Chief is a daily reminder of just how nasty people can be when they are interacting with their phone screen and not a real person.

Why, you may be asking yourself, am I raising this issue?

B.C. community pharmacists have every right to feel under-valued and under-utilized in the health-care system. All across the country pharmacists are doing more to help their patients. Their expertise is being recognized and being harnessed to address primary care access issues and to fill other gaps in the health-care system. But here in B.C., it is easy to feel like nothing is happening and that our elected officials aren’t listening or aren’t interested in what pharmacists have to say. That is pretty much the truth. It has been since I took on the position of CEO eight years ago.

Time after time, to this and the previous administration, we and many of you across the province have made the case for how pharmacists can and should be doing more. Have we been embraced with open arms? No. Is this a reason to feel annoyed and confused? For sure. I feel the same way.

But, I am genuinely troubled by some of the things I see in social media. Taking pot shots at the Minister of Health or any other elected or unelected official is off-side. It is also ineffective. Do we need to be strong advocates for the profession and for patients, while pushing hard to be included? Absolutely. But doing so respectfully and engaging in one-on-one conversations is the only way to make things happen.

So I encourage us all to remember that genuine respect and engagement is what brings about change—not insults and barbs.

Geraldine Vance is the CEO of the BC Pharmacy Association