Measles outbreak a wake-up call on importance of travel vaccinations 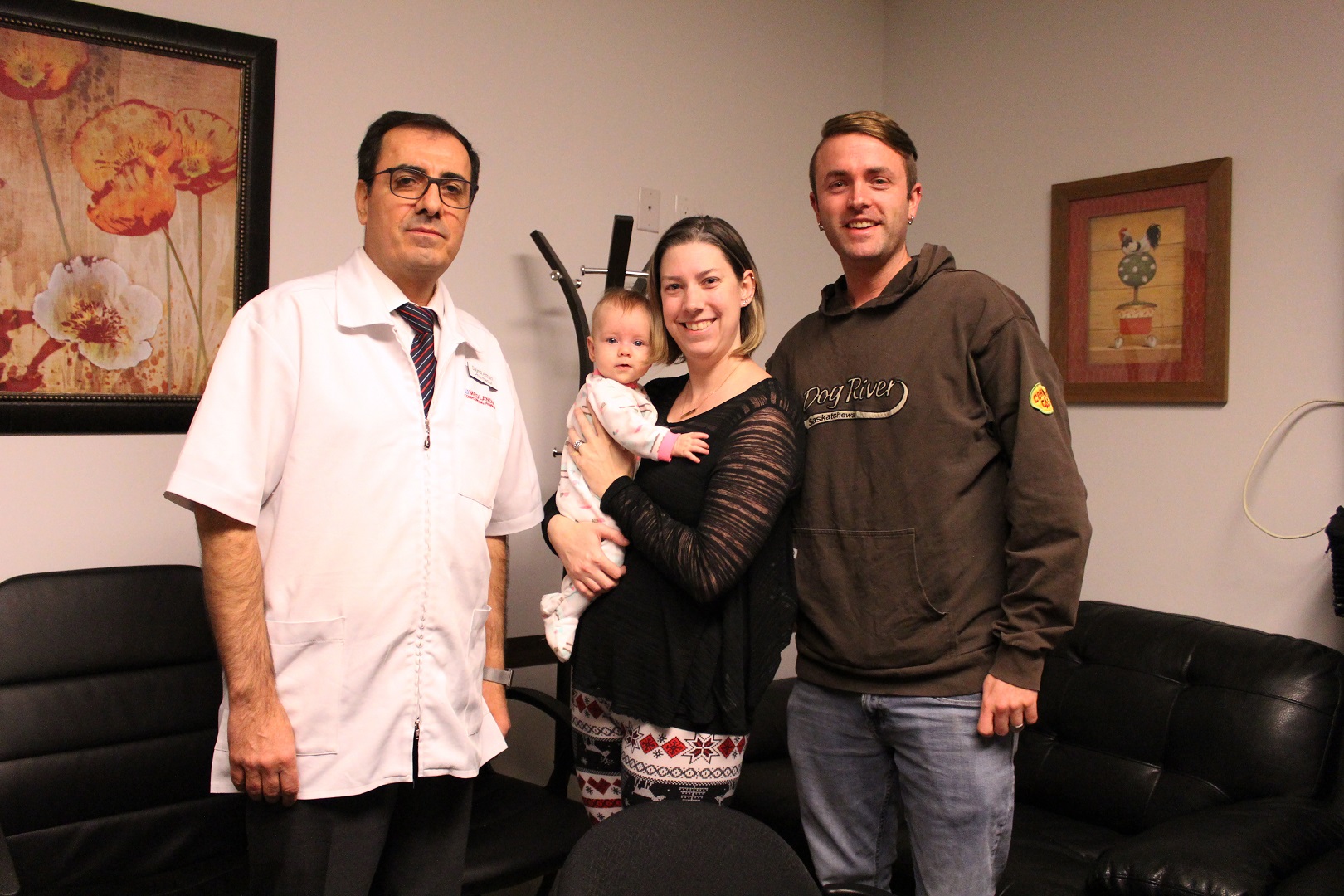 Sayed Atthari, owner of Medlandia Pharmacy in Maple Ridge, recently met with patient-safety advocate Katie Clunn, her husband Dan Clunn and their daughter Jessika to discuss the importance of vaccines.

For weeks in early 2019, École secondaire Jules-Verne, a francophone school in Vancouver, was the subject of headlines across B.C. as a measles outbreak began spreading among students. Students and staff were sent home and told to stay away unless they could provide proof of a measles vaccination.

What began as the detection of a single measles infection quickly turned into a flurry of activity. Medical personnel were brought in. Free vaccination clinics were held for parents and their children. Outside, television cameras swept the property. For the next five weeks, the school was in crisis, even as additional outbreaks spread across B.C., with the BC Centre for Disease Control eventually identifying returning travellers from abroad as responsible for the majority of detected cases.

Even so, some parents of students at Jules-Verne remained opposed to vaccinations, even if that meant their child was quarantined from school for more than a month.

“There was a parent who thought if they vaccinate their children when they were little, they would catch autism. Others believed you get the disease if you get the vaccine,” recalls Eric Leclerc, principal at Jules-Verne.

Despite having a relatively low population of about 700 pupils —split between Jules-Verne and attached elementary school Rose-des-vents, also the site of a measles outbreak—the franc-ophone schools have a significant international population of students with as many as 26 home countries.

“Francophones are all over the world. At Christmas, a big percentage of my students will go to Lebanon, francophone Africa, Europe, Arabic countries. We noticed that lots of people from Europe, they have a hard time with vaccination. More so than people who were born here, or raised in Canada,” Leclerc says. “They were really aggressive. It was a tough time.”

By July 2019, six months after the outbreak at the francophone schools, nearly another dozen cases were reported by the BCCDC. Measles infection was linked to travellers arriving from the Philippines, the United States, Japan and Vietnam.

For some parents, however, the news of the outbreak had a profound effect. One of those parents is Katie Clunn, a Maple Ridge mother of three who launched an online petition calling for mandatory vaccinations for children in school. Since launching her petition, her call has been answered with nearly 60,000 signatures.
Coincidentally, in September, the B.C. Ministry of Health created a new requirement that all students in B.C. schools must report their immunization status. While vaccination remains optional, these records would allow the provincial government to identify who has, and who hasn’t, received vaccines.

Clunn says the new requirements are not enough, especially since immunization records are not made available to parents, who can decide whether or not to send a child to school based on each school population’s vaccination status.

“Thank you Minister Dix for doing this, but it’s just the tip of the iceberg. There needs to be more than just records,” she says. “An immunocompromised student should be able to ask, what’s the vaccination rate in that class? If there are six kids unvaccinated in there, she can then decide whether or not she wants to be in the class.”

Clunn and her husband, Dan Clunn, recently sat down with Maple Ridge pharmacist Sayed Atthari, owner of Medlandia Pharmacy, to discuss solutions to encourage more of the public to welcome vaccines.

Atthari says pharmacists do have one advantage when it comes to educating patients who may be reluctant about getting vaccinated, in large part due to the long-term relationships and trust that many pharmacists share with their patients.

But still, there are some patients who will always stand their ground.

“When talking to the public, a lot of times I get the sense that successful immunization efforts from previous decades has given the public a false sense of security through herd immunity. So some people will say, I’m sending my kids to school without any immunization and they’re not getting sick. It’s a false argument.”

Atthari says educating the public often comes down to one-on-one consultations with patients, or by speaking to public groups. He’s already planned one such visit to a public school in January, by partnering with a student and their parent, to speak about measles and meningitis.

Meanwhile, additional challenges for pharmacists range from a lack of access to centralized immunization records, the absence of direct-distribution for publicly funded vaccines, to the perception that the fee-for-service for pharmacist-administered immunizations is too low.

“With all the resources we have in Canada, we’re still having trouble with documentation. Imagine somebody coming from abroad where the public record is even worse? So I think presenting this documentation is the most crucial thing,” Atthari says.

“We need to coordinate.”