Pharmacy 2.0: How one pharmacist is using technology to improve patient care 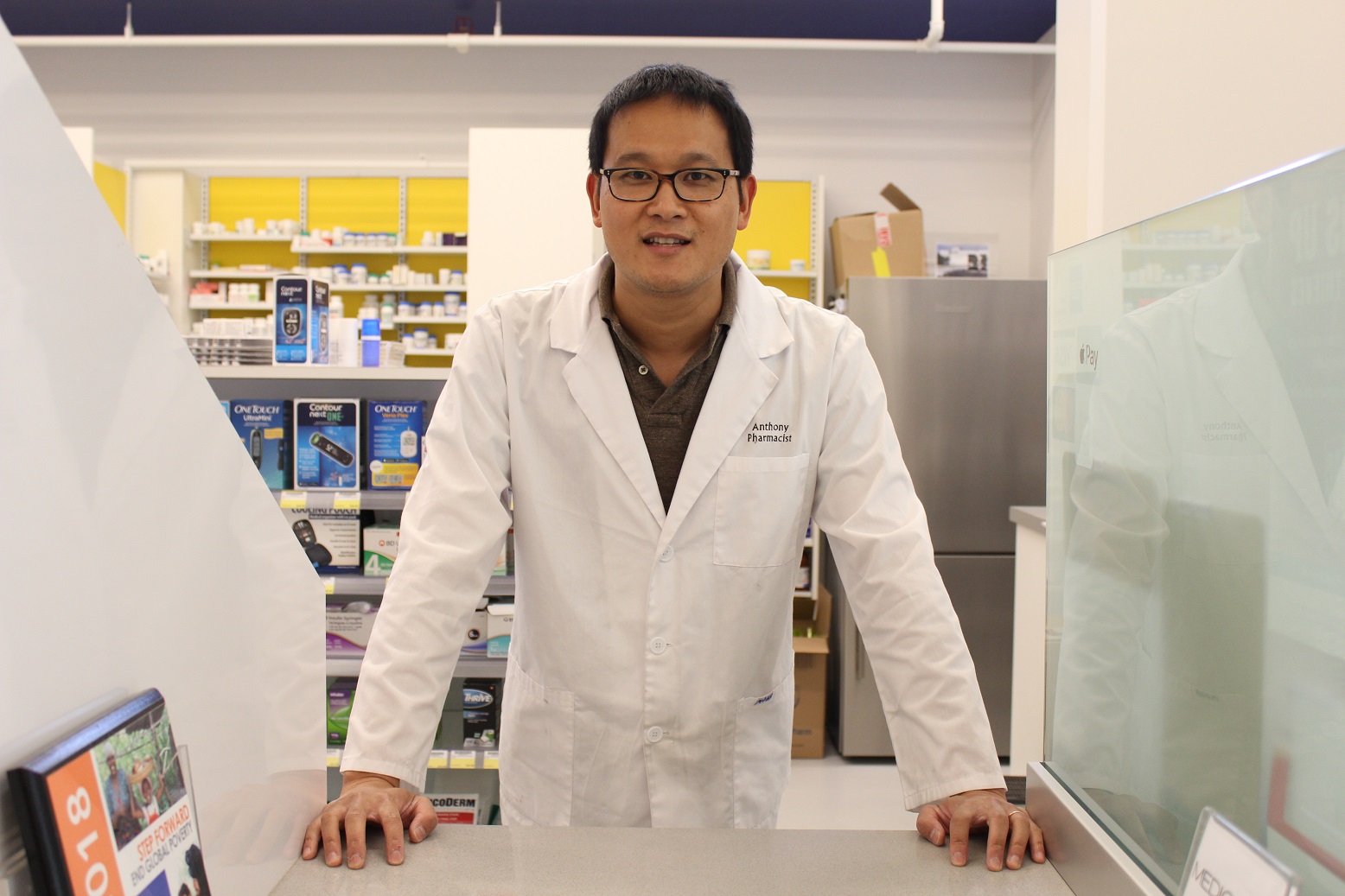 North Vancouver pharmacist Anthony Chiam wants to make it simpler for physicians, pharmacists and patients to keep up to date with drug prices and provincial drug coverage plans.

In partnership with a Vancouver-based software engineer, Chiam has developed a free, online search engine at drugsearch.ca to allow physicians and patients to quickly find drug prices, see if they are covered or not by PharmaCare, and if there are any Special Authority application forms needed for coverage.

“Another pharmacist had taught me how to use the PharmaCare downloadable database—a large Excel file—to quickly find drugs and sometimes specific DINs that were covered and under which PharmaCare plan,” says Chiam. “It was a pain to run Excel filters though, and I had always thought there should be a faster way for everyone to find out which drugs were covered by PharmaCare, and under which plans. I was also inundated by physician friends and colleagues who would text me regularly to ask which drugs were covered and also what the retail prices were for different medications as the PharmaCare formulary website did not show physicians the full retail price.”

Regularly encountering experiences with patients that were both frustrating and frightening, Chiam decided to act upon his conviction that there ought to be a better way for helping patients receive affordable drugs in a timely manner.

“The first clinical situation that impacted my opinion occurred several years ago before adaptations, when a child presented with severe asthma,” he says. “The parents were there for a Ventolin® refill and I saw that they had never filled a steroid inhaler because they could not afford to pay $100 even though there was a covered option available for free. Had the doctor known this or a previous pharmacist requested the switch, the child’s situation could have been averted.”

Over the next several years at various other pharmacies, Chiam also encountered repeated issues where prescriptions were left unfilled due to affordability issues or when low income (Plan C) or psychiatric (Plan G) patients were prescribed drugs that were not covered.

“Patients would go without medications or we would need to fax the doctor to switch to alternatives. If the doctor had left for the day or was even on vacation, there would often be waits of several days before we received a reply, and then filled the prescription. For patients needing drugs urgently, this would present really long delays in treatment.” 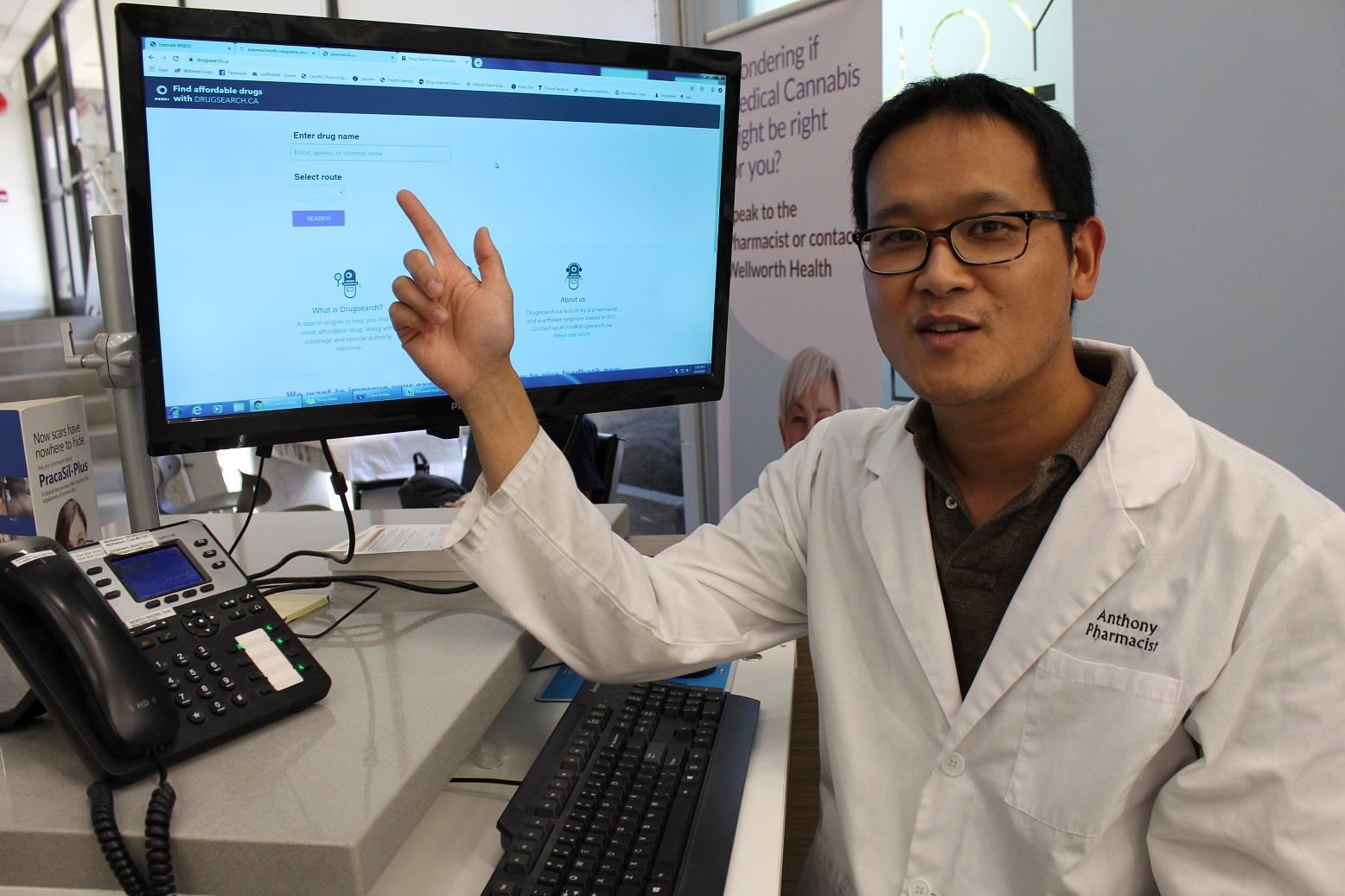 Chiam also found that many prescribers were not aware of how Special Authority coverage worked through PharmaCare—that only covered medication costs went towards satisfying annual deductibles while non-covered items did not count, potentially preventing a patient from receiving any financial assistance for their medications. He also continually saw patients who should have long met their Fair PharmaCare deductibles, but because both their physicians and pharmacists had missed submitting Special Authority forms, PharmaCare didn’t pay for their medications.

Furthermore, Chiam was frustrated with wasting countless hours on hold with insurance companies to get intervention codes needed for patient drug coverage when doses changed and he decided to put the most common codes on the website.

After partnering with a software engineer, Chiam worked on the program on weekends and nights for three years before he was ready to launch the tool, consulting with family physicians adjacent to his pharmacy for feedback and receiving suggestions along the way.

News spread and now there are about 400 daily users and the Special Authority links provided are accessed more than 100 times a day, Chiam says.

“The idea is that patients and prescribers can use it together during the appointment to find the most affordable—or even free—medication, and to help pharmacists make sure no Special Authority applications are missed. On the whole, our long-term goal aims to reduce financial barriers to treatment, as well as reduce unnecessary work for both pharmacists, prescribers and medical clinic staff.”

Chiam encourages all pharmacists to visit drugsearch.ca and consider sharing with their colleagues and professional networks.

Follow
BC Pharmacy Assoc.
@bc_pharmacy
It's hot out there! Prepare yourself and your families by checking out this guide from BC Government on what to know about extreme heat this summer. https://www2.gov.bc.ca/gov/content/safety/emergency-management/preparedbc/know-your-hazards/severe-weather/extreme-heat
Reply Retweet Favorite June 30
BC Pharmacy Assoc.
@bc_pharmacy
Thank you Esquimalt-Metchosin MLA Mitzi Dean, Minister of Children and Family Development, for meeting pharmacist Shannon Sneddon and her team at Latoria Pharmacy on Friday! We appreciate your interest to learn more about how our members serve your community!
Reply Retweet Favorite June 6
BC Pharmacy Assoc.
@bc_pharmacy
#Pharmacists: Five things to consider when providing input on Medication Review Redesign. Survey ends tomorrow, June 2. Read: https://www.bcpharmacy.ca/news/greg-wheeler-opportunity-submit-input-medication-review-redesign-survey-ends-june-2 #patientcare #patientaccess #bchealth
Reply Retweet Favorite June 1