Two leaders in the ﬁeld of natural pharmacy share the highest recommended supplements for educating customers on enhancing their nutritional intake.

With today’s level of Internet expertise, many customers are often well-educated as to possible dietary lapses, but others turn to the experts—including pharmacists—for recommendations on what their nutritional intake may be lacking. Either way, an understanding of the role the most essential nutrients play in good health is a win-win situation both for the customer and the pharmacy’s bottom line.

As leaders in the field of natural pharmacy, we recommend many supplements for our customers, but five in particular stand out to us. In some cases, these micronutrients are lacking in the diet. In others, an increase in dosage can greatly enhance overall health, especially immune response. Our five most recommended supplements are: vitamin D3 (cholecalciferol), magnesium, vitamin C (ascorbic acid), omega-3 fatty acids, and probiotics.

The first three are vital nutrients, without which—or in lower-than-needed amounts—the body can slip into a disease state. Unfortunately, the RDAs for most important nutrients are less than optimal, with the medical profession frequently under-educated as to optimal dosing, and often discouraging supplement use. 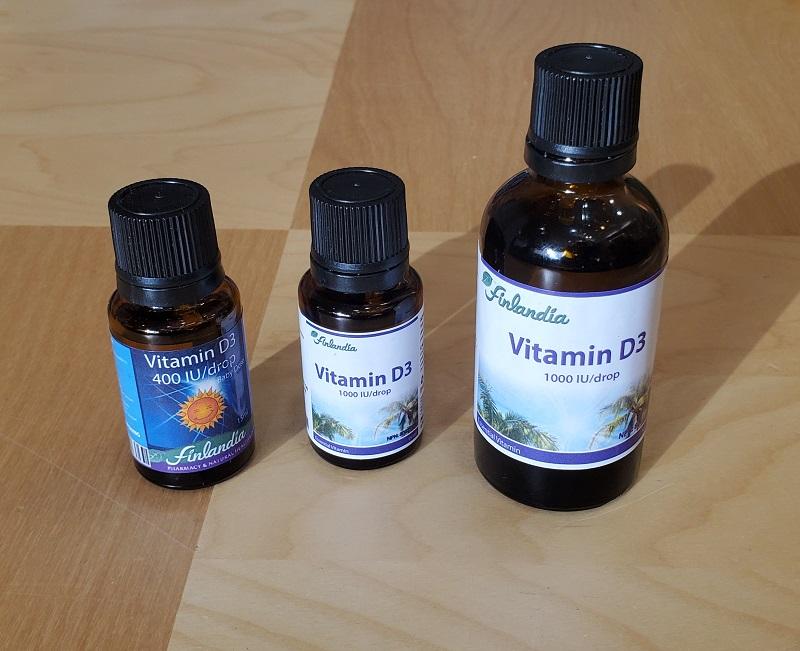 Known as the “sunshine vitamin,” due to the fact it is created when UV light penetrates the skin, vitamin D3 provides a host of important benefits for the human body. Vitamin D3 is the only vitamin that possesses hormonal action, influencing various metabolic processes. Once produced by sunlight, or ingested as a supplement, the liver and kidneys create the hormone calcitriol, which—among its many vital functions—controls calcium absorption in the bones.

Research has shown that the sunshine vitamin plays a vital role in regulating gene expression. In a randomized clinical trial led by Arash Hossein-Nezhad of Boston University’s Department of Medicine, Endocrinology, vitamin D3 supplementation that improved serum 25-hydroxyvitamin D concentrations was associated with at least a 1.5 fold alteration in the expression of 291 genes. There was a significant difference in the expression of 66 genes between subjects at baseline with vitamin D3 deficiency (25(OH)D<50 nmol/L) and subjects with a 25(OH)D>50 nmol/L.

After vitamin D3 supplementation, expression of these 66 genes was similar for both groups. The researchers concluded that any improvement in vitamin D3 status will significantly affect expression of genes that have a wide variety of biologic functions of more than 160 pathways linked to cancer, autoimmune disorders and cardiovascu-lar disease. (All of these conditions have been associated with vitamin D3 deficiency.)

Our awareness of the importance of quality sleep has increased significantly in recent years. Following rat studies showing that vitamin D3 receptors are present in the parts of the brain that regulate sleep, an uncontrolled clinical study of 1,500 patients found that low levels of vitamin D3 are associated with poor sleep quality. Participants who increased their vitamin D3 levels experienced significant improvement in sleep and neurologic symptoms.

Recently, numerous news outlets have suggested that taking vitamin D3 can help protect against viruses. While anecdotal evidence has suggested this may be the case, no study has proven conclusively that vitamin D3 can effectively disable a virus. What is known, however, is that vitamin D3 boosts the immune system, and inhibits the release of inflammatory cytokines—both highly beneficial in terms of suppressing the negative effects of viral infections.

When considering vitamin D3 supplementation for bone health, it is also important to recognize that increasing calcium absorption can negatively affect the cardiovascular system. For this reason, we highly recommend using vitamin K2 (MK-7) in conjunction with vitamin D3. Both contribute to the absorption of calcium during bone formation and facilitate the interaction of calcium and magnesium. However, in the absence of vitamin K2, calcium circulating within the body can be deposited in the arteries, leading to atherosclerosis. Vitamins D3 and K2 work together to ensure calcium is deposited in the bones and not in the arteries.

Since vitamin D3 deficiency is highly prevalent throughout the world, having one’s D3 levels checked makes sense. Canadians receive little sunlight, so it is particularly important for us to know our levels and to respond promptly if they are low. The generally accepted optimal level of vitamin D3 is 100 nmol/L. We recommend a daily dose of 500 to 1,000 IU for children and 5 to 10,000 IU for adults. Since supplemental vitamin D3 use has been associated with blocking the production of melatonin, it is better to take it during the first half of the day.

When converting to its active form within the body, vitamin D3 uses magnesium, which is why we suggest taking both at the same time.

According to Health Canada, nearly half of all Canadians are deficient in magnesium, which works closely with vitamin D3 to support bone health. Magnesium deficiency can lead to a host of conditions including muscle cramps, restless legs, migraines, fatigue, insomnia and anxiety.

Magnesium is a macro mineral that plays many significant roles in the body’s metabolism and homeostasis. It is used in the production of ATP and, in its absence, cellular energy is weak. Magnesium is also used in the production of DNA and RNA and, without it, proteins needed to maintain the body will not be synthesized. This often-overlooked mineral is a co-factor for over 600 enzymes, and an activator for close to 200 more.

Magnesium also helps maintain blood pressure and lower insulin resistance. Its deficiency over the long term can lead to complications with heart disease and both type 1 and type 2 diabetes. Used with vitamin B6, magnesium can be very helpful for PMS.

One of the questions Finlandia staff are frequently asked is, “How can I protect myself and my family from EMFs?” This question has become particularly frequent with the introduction of 5G. We now have substantial evidence backing magnesium’s role in helping the body deal with electro-magnetic frequencies. Johns Hopkins alumnus, Dr. Martin Pall, who has a Ph.D. in  biochemistry and genetics from Caltech, has studied the role of calcium channel blockers in the reduction of negative effects from EMFs. Research into this is ongoing but certainly,  magnesium’s ability to affect voltage gated calcium channels (VGCCs), appears to help reduce possible harm.

Magnesium is not difficult to ingest or absorb, and excess will be excreted in diarrhea or the urine. Magne-sium chloride, available as a gel, can be applied to the skin, where it helps reduce soreness in muscles, and cramping. It is also easily absorbed through the skin via an Epsom salts bath. At Finlandia, we exclusively recommend magnesium bis-glycinate, which is the most bio-available form. 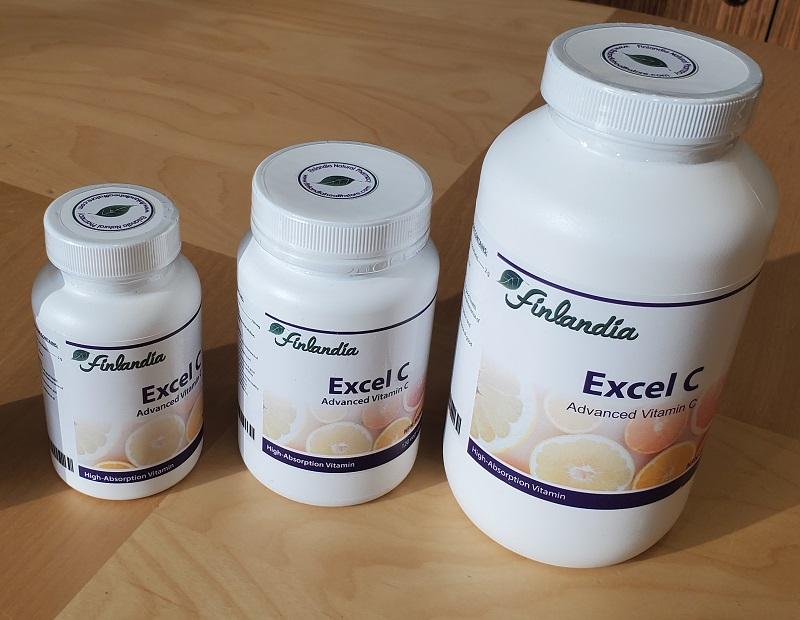 Vitamin C is often overlooked as most people believe they are getting an optimal dose in their diet. However, during the winter months, when colds, flu and other viruses are spreading, we recommend our customers take a supplement.

Within the body, ascorbic acid plays a number of important roles including supporting the manufacture and maintenance of collagen in fibrous tissues, skin, bones, teeth, and blood vessels. Since collagen synthesis creates and maintains the protective tissue barrier present in the lining of the respiratory airways and lungs, and vitamin C also inhibits inflammation, it is helpful in ameliorating lung conditions including viral infection and pneumonia. Vitamin C is also a powerful antioxidant that works in concert with vitamin D3.

A little-known benefit of vitamin C is that it shortens the length of time the body takes to adjust to a hotter environment. Daily dosing has been shown to positively affect heat acclimatization—useful for “cold adjusted” Canadians taking vacations in warmer climates. Similarly, adaptation to cold increases as blood ascorbic acid level rise.

Numerous studies have shown that vitamin C deficiency results in impaired immunity and higher susceptibility to infections. In turn, infections significantly reduce vitamin C levels due to enhanced inflammation and metabolic requirements. During “winter ills” season, vitamin C can play an important role in supporting the lungs, where its concentration in the alveolar macrophage cells is higher than that found in blood plasma. It contributes to immune defense by supporting various cellular functions of both the innate and adaptive immune systems and has been shown to enhance differentiation and proliferation of B and T-cells (including natural killer cells). Regular use of vitamin C reduces the duration and severity of a cold in progress.

We routinely recommend a dose of 500 mg BID for children under 8 years, and 1 - 2,000 mg BID for anyone over this age. Vitamin C is water-soluble and cannot be stored by the body, which is why daily doses should be divided. 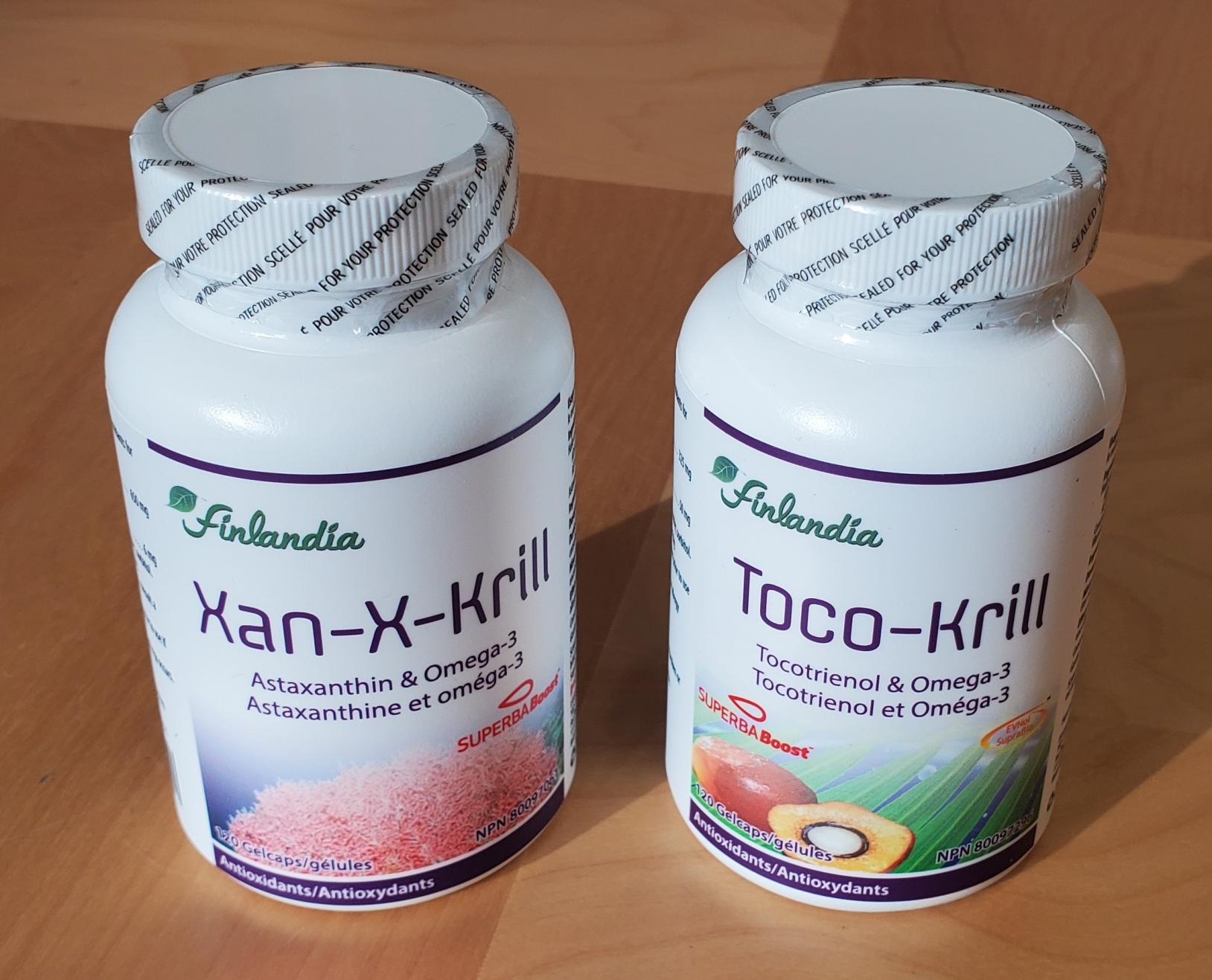 These essential fatty acids (oils) cannot be manufactured by the body and so must be supplied in the diet. Omega-3 oils play a number of important roles in the body, the most notable of which is to suppress inflammation. This is important since inflammation is at the root of all chronic diseases, including heart disease, diabetes, osteoporosis, arthritis, and cancer.

In times when the human diet was healthier, the ratio of omega-3 oils to inflammatory omega-6 oils was 1:3. Nowadays, it has been estimated at 1:16, perhaps explaining why these diseases have become so prevalent.

A diet rich in omega-3 oil (through food and/or supplements) has been shown to improve heart health by lowering triglycerides, increasing HDL, and reducing VLDL.

This healthful oil has also been shown to improve mood and help combat depression. Studies suggest that omega-3 oils may also enhance memory and cognitive function as well as brain development.

Omega-3 oils are available in a number of different for-mats, including liquid and capsules, and those suitable for vegans/vegetarians. Most omega-3 oils come from small fish, or krill. The two important constituents of omega-3 oils, eicosapentaenoic acid (EPA) and docosahexaenoic acid (DHA) have different properties and exert specific effects on the body. Products with a higher EPA ratio typically target inflammation, while higher DHA formulations target cognitive function.

Krill oil is considered a superior form of omega-3 that does not oxidize easily and is absorbed well. It also contains astaxanthin, a potent antioxidant. Since krill is short-lived and reproduces quickly, it is both sustainable and unlikely to have accumulated toxins.

The more natural triglyceride form of omega-3 oil is superior to the ethyl ester form as it is better absorbed, exhibits greater stability, and is less easily oxidized.

We generally follow the dosage recommended on the package label. 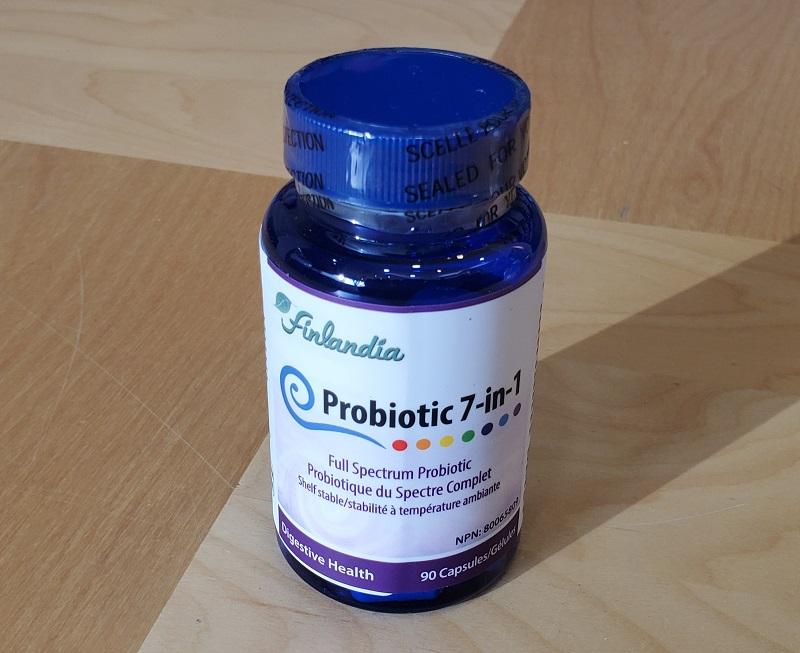 These friendly bacteria supplements continue to proliferate in the marketplace, with targeted formulations for specific ages and health conditions. As we learn more about the vital role the gut plays in our health and well-being (including our ability to sleep soundly) a targeted probiotic is recommended for everyone.

The interior lining of the gut is a mere one-cell thick, its integrity either protected or destroyed by the micro-organisms that live there. Friendly bacteria work closely with our bodies to enhance immunity, and to aid the process of digestion. These bacteria secrete several B vitamins including folate; vitamin K, and the short-chain fatty acid butyrate, which suppresses inflammation and provides the cells of the colon with energy.

Unfortunately, overly processed diets, stress, aging, and the use of certain pharmaceuticals, including antibiotics, can kill off friendly bacteria. This affects the delicate balance of intestinal flora, and ultimately the health of the entire body.

We are only now beginning to understand the vast impact the health of our gut has on mental wellbeing, weight, immunity and various conditions such as eczema. Fecal transplants are being studied for more than just the treatment of C. difficile, in recognition of the value of healthy gut flora. A targeted probiotic is one of the most important daily supplements we recommend for our customers, whether they be healthy, or suffering from specific health conditions.

As with omega-3 supplements, we recommend the dosage indicated on the label.