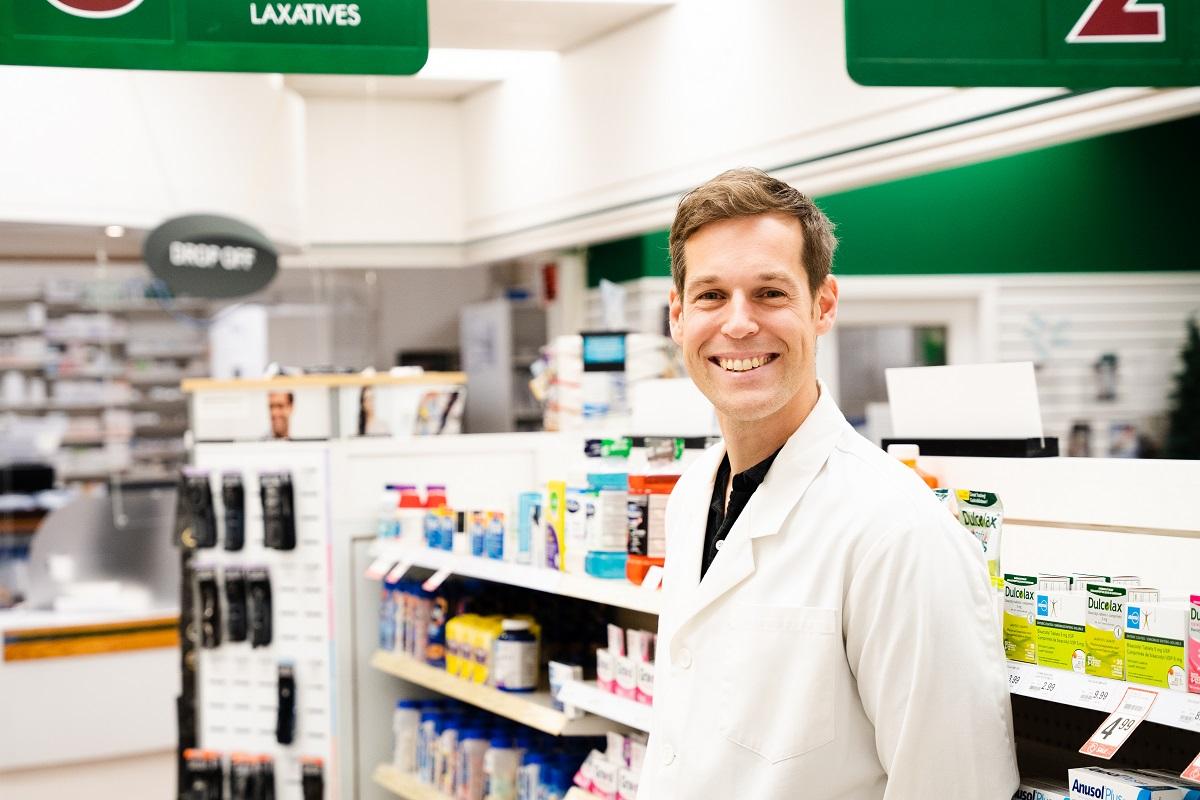 There is nothing like the lack of a hospital or even a walk-in clinic in a community for patients to realize how important their pharmacist is. Such was the experience for Excellence in Patient Care Award recipient Jason Buerfeind, on the third year of his post at Guardian Armstrong Pharmacy and Wellness Centre.

His pharmacy is a bastion of health services for the community of Armstrong, a small municipality at the halfway point between Vernon and Salmon Arm, home to a population of about 5,000 and a regular stop for tourists visiting the north Okanagan.

In just three years since deciding to call the area home, Buerfeind has been tasked numerous times to triage an enormous number of health issues, whether for developing health issues faced by a local, emergency requests by tourists seeking first aid, or even by those seeking a novel made-in-pharmacy solution to get the kids to sleep.

“A good patient of ours just called up the pharmacy and said, ‘I made a monster spray, some Lysol, sprayed it around the room to keep the monster away, but the kid didn’t buy it,’” Beurfeind said.

“I basically mixed up some water and put some mint extract, slapped a label on there ‘Monster Spray’ … gave her the bottle with the label on it and it says ‘spray once in your bedroom every night to stop monsters’ and I put an expiry to make it look nice and official … I know there has been no monster since the monster spray!”

In a more urgent example, Buerfeind recalled how a patient walked into his pharmacy and explained that she had been stung by a wasp, and was seeking directions to a hospital. She has suffered anaphylactic shock from a sting before, Buerfeind recalled, and the urgency was high. 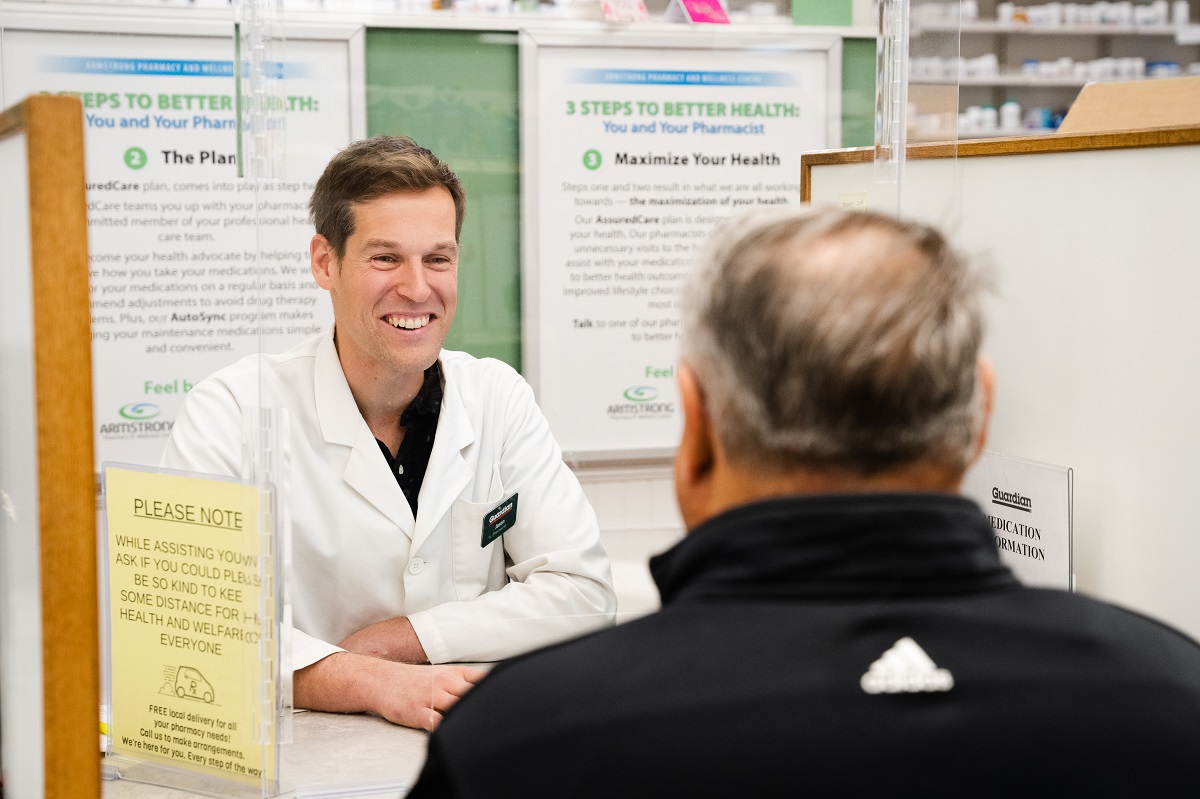 Pharmacist Jason Buerfeind is often visited by patients to triage their condition due to the lack of a hospital or even medical clinic in Armstrong.

Buerfeind jumped into action and helped the woman administer epinephrine while 911 was called.

“You never want to administer medications that a patient doesn't need, but when she mentioned that she had anaphylactic anaphylaxis in the past, I’d like to catch this reaction before it happens … it’s kind of that spur of the moment type thing,” he said.

Another time, a local resident had sliced her hand open while trying to change the batteries on her television remote control. She needed stitches and decided to go to the pharmacy.

“A remote control. I guess what she did was she’s trying to open it up with a knife, unscrewing this remote, and her hand slipped. So she’s bleeding, dripping blood, and she wanted me to stitch it up. I used Steri Strips and called the ambulance, it’s about being that first line of contact for patients when they have that medical need,” Buerfeind said.

“I’ve had people have heart attacks here, we’ve administered aspirin and nitroglycerin while the ambulance arrives. Fainting seizures, we’ve had a few of them. This is all in the last few years.”

Born and raised in Alberta, Buerfeind accidentally discovered the north Okanagan by chance, during a road trip through B.C. to surf in Tofino. The area struck him so strongly that he decided to spend a few extra days exploring the region during his trip. Eventually, he began visiting the north Okanagan during holidays and long weekends.

“And then we started thinking why just spend our weekends here? Why not just live there and every day can be a weekend?” Buerfeind recalled.

Since moving to the area, Buerfeind spent his time at a busier pharmacy in Vernon before an opportunity to become pharmacy manager at the Armstrong pharmacy opened up. What was surprising for him was that, though he was not permitted to notify his patients where he was moving, many tracked him down and followed him to the new pharmacy.

“I had about 60 patients following me out there,” Buerfeind said. “That was pretty cool. It’s like, if there’s that much interest in what I’m doing, I must be doing something right.”