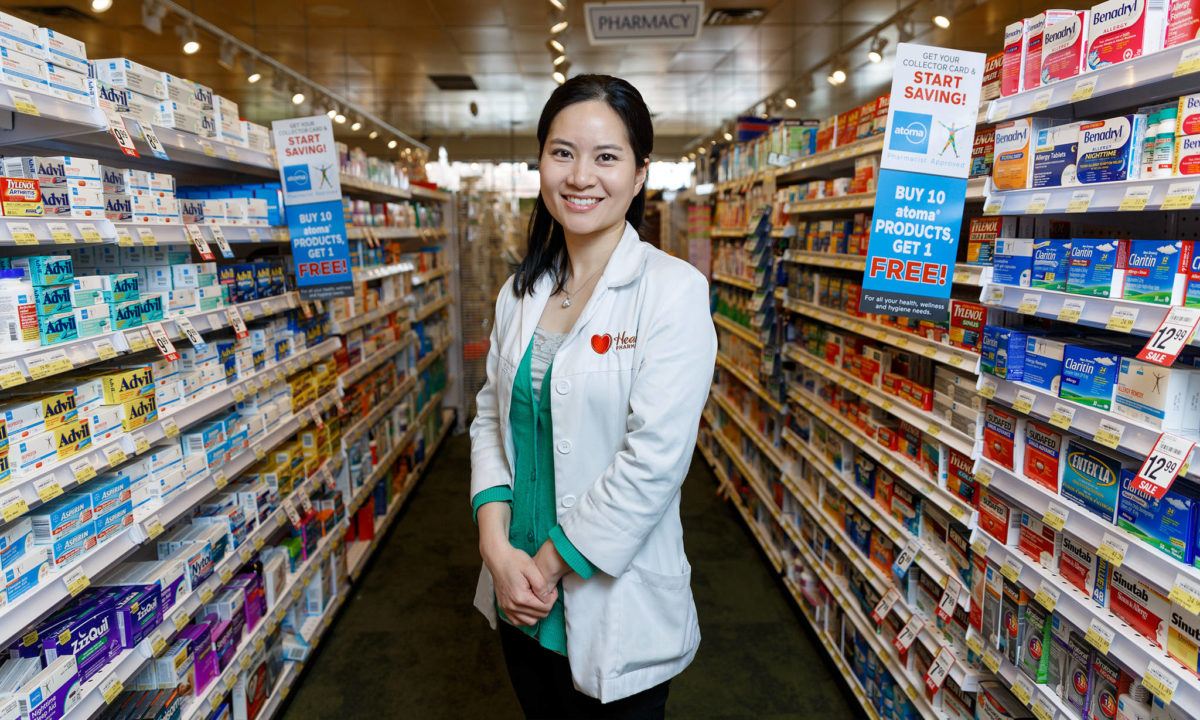 Heart Pharmacy in Fairfield one of 29 across B.C. involved in project

When Dr. Corey Nislow examines his DNA, it doesn’t tell him why he’s five-foot-10-inches tall or why he speaks with a New York accent.

But his DNA could tell him what type of medication works for him and the best dosage to suit his needs. That’s what Nislow, an associate professor at the University of British Columbia, is trying to determine as part of a research project, which is entering a new phase soon.

Genomics for Precision Drug Therapy in the Community Pharmacy is a pilot project which will soon begin analyzing the DNA of patients to determine how they respond to certain medications through a process called pharmacogenomic testing.

As part of the project, Nislow has enlisted the help of 29 pharmacies from around the province, including one in Victoria, to collect DNA samples from patients.

It’s a project that began a year ago. In phase one, pharmacists collected saliva samples over a 12-month period from 200 patients in B.C., who were taking the drug warfarin, a commonly-used blood thinner. The samples were then sent to a lab in Vancouver for sequencing, however patients did not get any information back on their DNA.

Now that is expanding in phase two of the project, which kicks off this spring. Pharmacists will be collecting samples from patients taking mental health medications and commonly-prescribed cardiovascular and pain medications, and shipping those DNA samples to Vancouver for sequencing. This time, pharmacists and patients will get information back, such as how their body is reacting to the medication and if they need a higher or lower dosage.

It’s a step that seems modest, but is fundamental to the research, said Nislow.

“I like to think it’s future-proofed because you have that information. It’s yours and because it’s coded in your DNA, it doesn’t change for your lifetime. You or I could potentially use that information for drugs that haven’t even been invented yet. I won’t have to provide your DNA again,” he said, adding the second phase is also expected to take 12 months.

Dr. Cindy Chen, a pharmacist at Heart Pharmacy in Fairfield, has been involved with the project since phase one. She’s excited to give patients information back and to tell them what it means for them.

“We’ve been studying pharmacogenomics for a long time now, for decades almost, and to really get an idea of how to dose or how to manage people’s medications before you start giving them drugs, is really going to give you a head start on finding the right medication for that indivdiual,” Chen said. “That’s really important because you don’t have to test different medications for one person, we can go right to the one (drug) that’s right for them.”