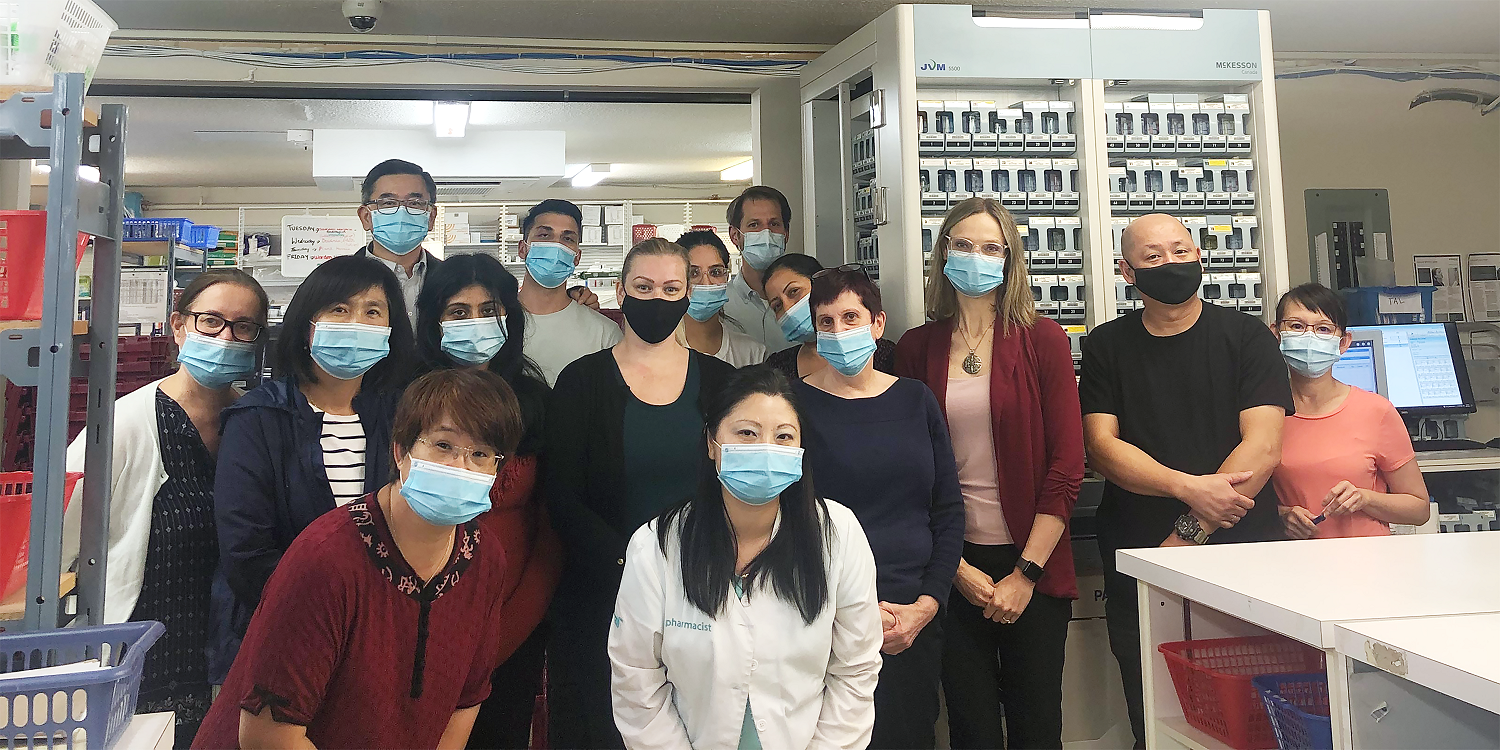 The Apex Pharmacy team received an urgent call to provide medications to several dozen wildfire evacuees in August, 2021. The pharmacy is owned by Elke Groening (third from right, in glasses) and Jason Huber (back row, centre).

Less than two weeks after pharmacists Elke Groening and Jason Huber purchased their pharmacy, they received a call from one of the long-term care homes that needed their urgent help.

Groening was told that three dozen long-term care wildfire evacuees are imminently arriving in the Lower Mainland, and all of them needed access to their medications. It was mid-August, and she only started her new role as pharmacy owner on the first of the month.

“We basically got the call, were told they were coming today and here is a list of their medications,” Groening said. “It was 37 new admissions, which is kind of a small care home, and usually it would take a couple of weeks to prepare for and get ready for.”

The wildfire evacuees had come in from Kelowna and ended up staying in the Lower Mainland, at a long-term care home in Richmond, for approximately two weeks.

“I had actually worked at the Rexall for about 14 years. When they were deciding to close our store, myself and my co-owner, Jason, we partnered together and bought the pharmacy. We renamed it Apex and we were able to offer jobs to all the staff and keep our care homes,” Groening said.

“To get the evacuees their medications, our staff, they all stayed late and were supportive. We picked up all the orders, got them ready and got them out. By then, it was already late in the evening. Our deliveries had left with our regular orders so one of our pharmacists went to drop it off on the way home. It was a lot of work in a short period of time!”

Part of the reason things went so smoothly, Groening said, was the level of co-ordination between everyone involved. The residents were coming from an Interior Health home, which had to work with Vancouver Coastal Health and Fraser Health, as well as getting the patients’ physicians involved, in addition to the director of care at the Lower Mainland home, and Groening’s team.

“COVID-19 really highlighted a lot of long-term care homes and how the homes have handled the pandemic, but what you don’t often hear is how the pharmacy is supporting homes during COVID-19, during wildfire evacuations, and we have been doing this all this time,” Groening said. 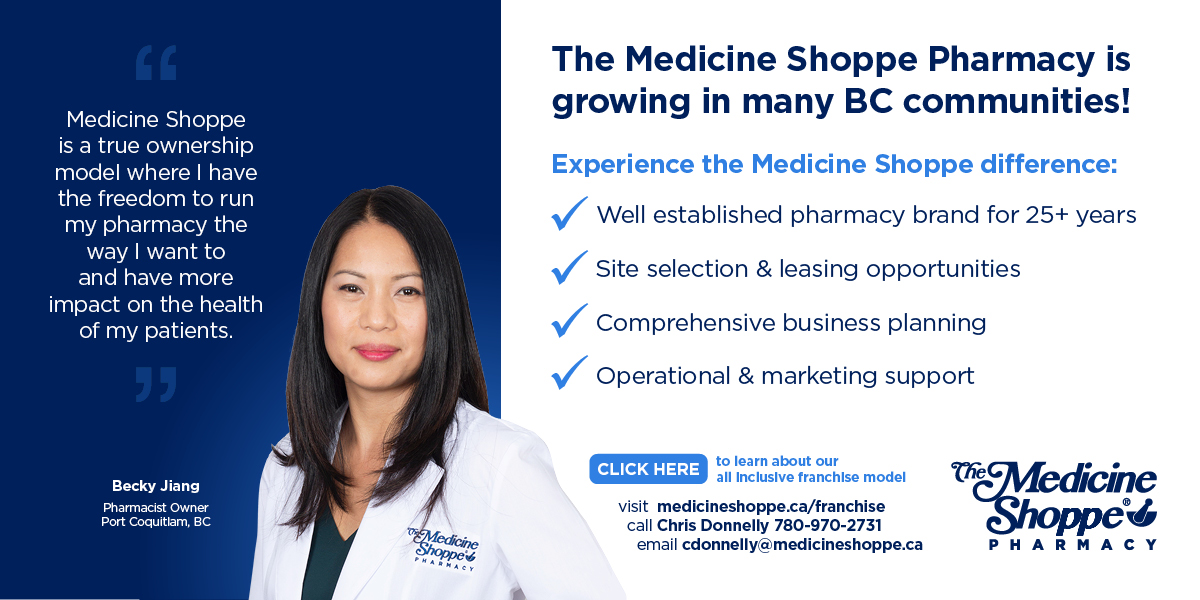