“They come to you because they want an answer,” says Jiwa. “So you go through the situation at hand and ask: What are the qualities of this decision? What are the shortfalls? What are the consequences? You give them your answer, but then you have to put the onus back on them to make their own decision. I coach them to take ownership.”

A pharmacist with a vibrant, entrepreneurial spirit and strong work ethic, Jiwa has had a flourishing 40-plus-year career with Shoppers Drug Mart, since earning his first associate-ownership with the company’s Kingsgate Mall location in 1984. He was the first pharmacist in B.C. to own two stores when he took over a Shoppers on Robson Street in 1988 — fittingly owned by his award’s namesake, Murray Dykeman. Since then, he has owned multiple stores in East Vancouver, Burnaby and Richmond until 2006, when he returned his focus to his original location at Kingsgate Mall.

A fixture in the Mount Pleasant neighbourhood, Jiwa has been a backbone to the community — “I know every merchant, every doctor, every customer, every staff member” — as well as a robust network of pharmacy peers.

Jiwa has served twice as a Shoppers Drug Mart BC Peers Chair — an elected position that reflects the interests of British Columbia’s associate-owners to Shoppers Drug Mart’s central office. Acting as a liaison within the “close-knit” associate community, Jiwa has been called upon to coach colleagues and facilitate relationships. And while he hasn’t served as chair since the 1990s, Jiwa regularly shares feedback and insight into the representative role with current chairs, who call to ask for recommendations and advice.

As a respected and trusted pharmacist in his peer network, Jiwa has spearheaded a joint fundraising effort on behalf of Shoppers Drug Mart’s Growing Women’s Health Campaign. He chose the BC Women’s Hospital + Health Centre Foundation. Initially starting with a group of eight associates, 10 years later Jiwa has led a team of 26 associates to fundraise $63,000 for the women’s health foundation in 2018.

“Every year I’ve arranged for a different presentation from the foundation,” Jiwa says. “You have to visit in person and view the value of your contributions. Once the associate-owners see for themselves how the money is being used, they all buy in right away.”

Money raised has contributed to the hospital’s neonatal intensive care unit (NICU), as well as towards research on cervical cancer. In fact, an initial investment of $25,000 from Jiwa’s fundraising campaign has allowed local researchers to earn further government grants, resulting in $1 million in essential funding for women’s health research.

“This has a domino effect,” he says of the joint effort. “I have other regions phoning me for ideas and I encourage them to find a cause that is essential to their own community.”

Since early on, Jiwa has been a preceptor for pharmacy students at the University of British Columbia, working annually with three second-year students for four weeks each. Many of the students he has worked with over the years have stayed in touch, and check in with him on issues pertaining to pharmacy, business and HR.

Overall, Jiwa says he shapes his mentorship on two key qualities: be respectable and be approachable. While young associates seek Jiwa’s advice due to his well-known success, it’s his willingness to help in any situation that leaves a lasting impression. 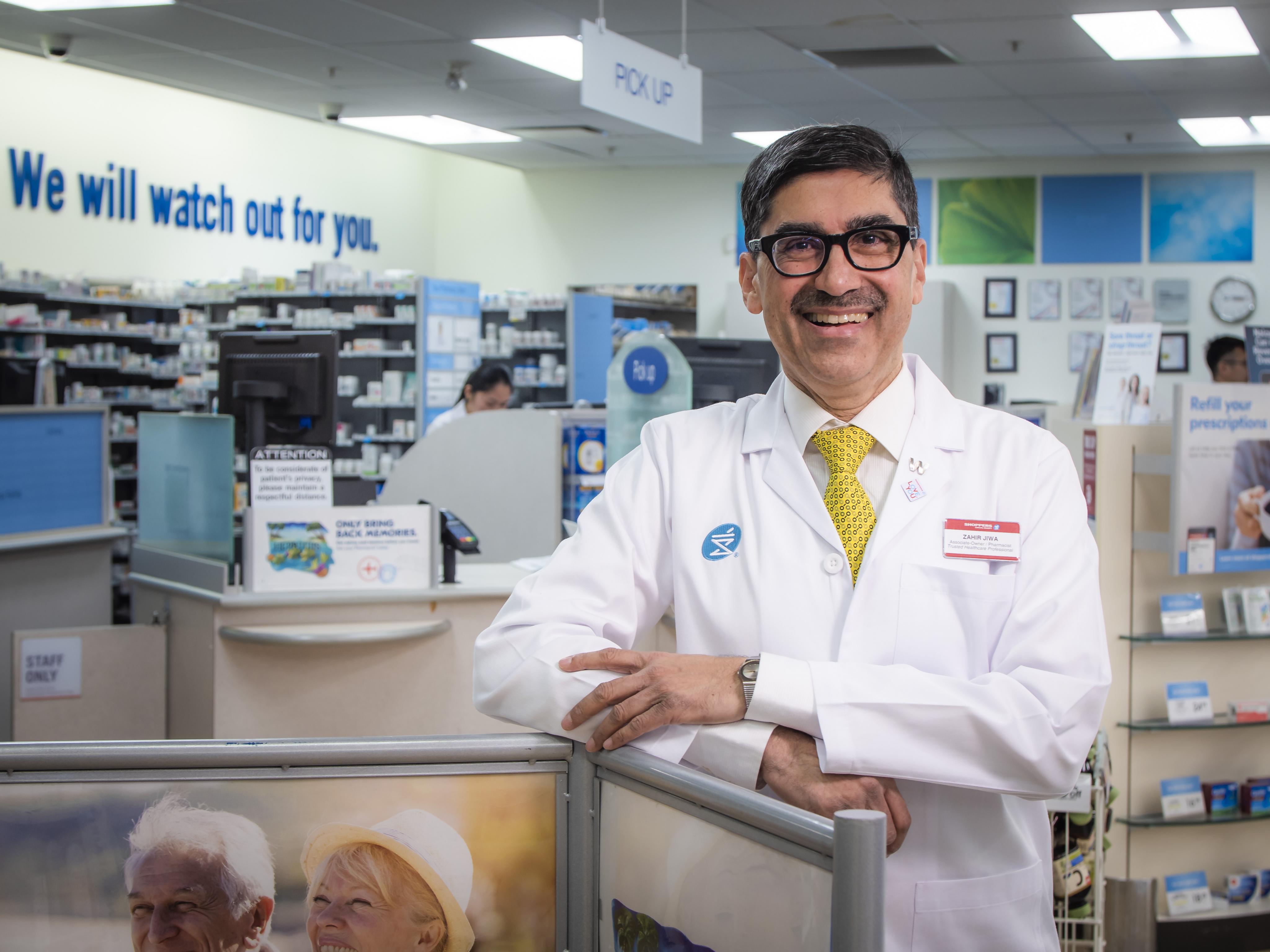